As Blue, who have turned out to be the pop equivalent of Nostradamus, once said: “Got the city on lockdown.” It sure is (apart from a few covidiots). Across the UK, people are grappling with the big issues arising from our new WFH situation: which of the 73 (and growing) video conferencing sites should we be using? Is it ever acceptable to wear a ridiculous hat during these conferences, even in the name of keeping spirits and morale up? (The answer is no – absolutely not). Can I get away with only dressing ‘for work’ from the waist up (again, no – what is wrong with people?). Should teachers be paid £1m a year (yes, say all parents currently attempting to home school their offspring. And if that is you, no, you are not allowed to have an inset day for staff training already). Meanwhile, many have discovered that in the kingdom of isolation, Elsa really is the queen.

Frankly, we are all making things up as we go along. It is the only way – as the situation evolves and new information becomes available, changing your mind is perfectly ok. In fact, it is the only reasonable course of action; beware the intransigent who refuse to adapt either their views or behaviour. So maybe we shouldn’t be surprised to hear that AIS is exploring the option of running the Independent Toy & Gift Show in late September, rather than waiting until 2021 as had initially been announced. Will the show take place this year after all? Maybe there will be enough support from suppliers, maybe there won’t, but AIS is surely right to at least test the water. Everything we thought we knew a week ago has probably changed, so it’s best to caveat nearly every announcement and decision with “for now.”.

Meanwhile, the debate about whether to accept the government’s lockdown instructions without quibble or to push back on the grounds of ‘essential status’ remains a delicate balance. Are toys truly ‘essential’, as some in the global toy community are trying to claim? Hmmm. A hugely valuable and cherished resource – undoubtedly. But enough to risk lives for? Realistically, if we want to come out of this crisis as quickly as possible, perhaps we are all going to have to accept short-term restrictions we may find commercially unpalatable, but which are for the common good. Of course, I completely understand that people are worried for the future of their business: one retailer who messaged me over the weekend admitted: “I am scared that if I shut my shop, it will never re-open.” The decision was soon taken out of her hands.

Of course, one danger in fighting the government’s recommendations is that you just make yourself look a fool. This week has seen JD Wetherspoon owner Tim Martin and Sports Direct owner Mike Ashley going head-to-head in a ‘who can be a bigger d***’ contest. Social media rightly vilified both. Miraculously, it turns out it is not acceptable to refuse to pay your staff or your suppliers, or claim that you are an essential retailer because everyone needs a giant Sports Direct mug in their life, or to price gouge – who knew? Well, actually, everyone except those two gentlemen apparently. The Harvard Business Review recently wrote a balanced, erudite article entitled “A time to lead with purpose and humanity.” In keeping with the spirit of the Friday Blog, I am going to put it slightly less prosaically: “Don’t be a d***”!

The reputations made in this goldfish-bowl climate – good and bad – will stay around for a long time. When this is all over, people will remember which businesses behaved with morals and ethics and which didn’t. Choose to be one of the good guys, not one of the villains. Be like Playmobil, who made a fantastic animation which used their characters to explain the coronavirus to kids. It got a lot of love and traction on our social media feeds this week, and rightly so. Or like MGA’s Isaac Larian, who has instigated Operation Pacman, procuring and delivering 20,000 masks to doctors and hospitals in the US – bravo to him. Mattel and Hasbro have also doubled down on their charitable activity, which is going to be important – many charities will be struggling badly in the current climate and their support will be invaluable. Morrisons has been brilliant since the start of the crisis, from offering to pay small suppliers early to installing screens for checkout staff to protect them from the public. People will remember these companies and others like them making valuable contributions, and their brands will benefit in the long term.

People will also remember the d****, even those who quickly rowed back from their initial stances under the glare of the social media spotlight. Richard Branson, Stelios from Easyjet, Waterstones…they will all have suffered reputational damage this week which will take some while to rebuild. Of course, it is easy to be judgemental and we don’t know every individual company’s circumstances. Some people are going to have some very tough decisions to take, and I wouldn’t criticise anyone whose circumstances force them into drastic action (Although that excludes Stelios, who took a £60m dividend the day before asking the government for a bailout. Or Richard Branson, who did likewise despite spending billions of dollars on a vanity space project. Sell an island man. There are people out there who need that money a lot more than you.). Maybe some companies will genuinely have no choice but to put all of their employees into consultation.

But I would just say this: when the race starts again – and it will – those people who didn’t dismantle their cars in the meantime will have a head start over those that did. Those companies which burn bridges now will be at the back of the grid too. As a side note, I am slightly surprised that the licensing community appears to be attempting to bury its collective head in the sand over contractual obligations which have surely been rendered null and void by recent events – morally at least, if not legally. The world is a different place now. Just over a month ago, I was in the Javits building for Toy Fair New York – now it is being converted into a makeshift, temporary hospital. The same is happening at Excel, and the NEC apparently stands ready if called upon. We all need to be flexible and adaptable. Every aspect of the market is going to be completely reset by this situation – everything has changed.

And we are all going to need to constantly reappraise and revise our opinions over the coming weeks. Remember when people mocked me because my Nuremberg hotel gave me a bottle of handwash for my birthday? Who’s laughing now, eh? Maybe they knew something all along…. 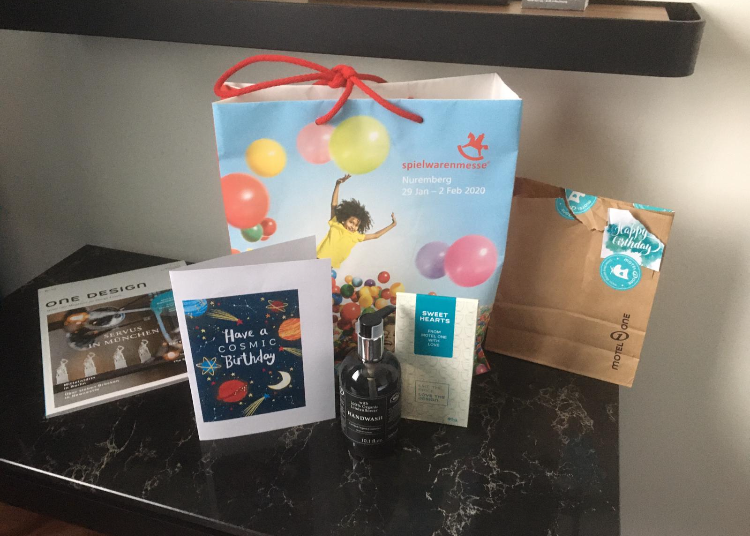