Universal Brand Development (UBD) has unveiled plans to celebrate the 40th Anniversary of E.T. the Extra-Terrestrial in 2022. 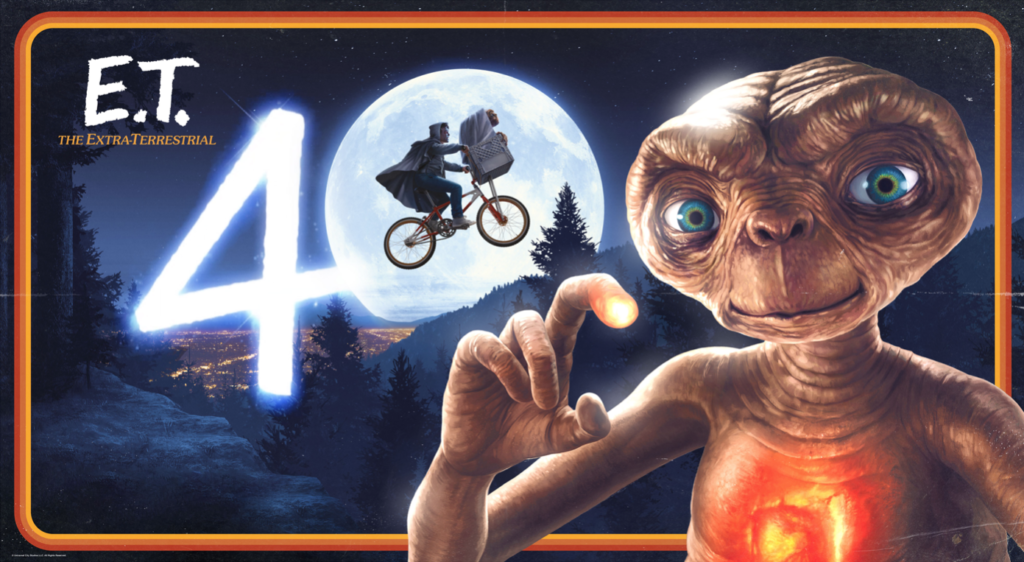 The classic film from Universal Pictures and Amblin Entertainment will be marked with a curated mix of special screenings and new consumer products, as well as digital and social media campaigns. There will also be a series of special retail activations that capture the magic and timeless appeal  of the brand.

Paul Bufton, VP, EMEA, UBD, commented: “It is simply a masterpiece and still invokes such a strong connection and reaction from global audiences. So many families have rediscovered the immense joy of the film: parents have watched E.T. and the kids love it as much as the previous generation – quality storytelling and genuine emotion never get old.”

UBD has lined up an extensive roster of global licensees that leverage the toyetic and kidult appeal of the property. Mattel has signed on to create a range of E.T. feature plush, while new global partnerships include Funko and Fisher Price (collectibles), Tomy (pre-school plush), Wow Stuff (novelty), Basic Fun (retro collections) and Ravensburger (puzzles). In addition to the global toys and games players, UK-specific partnerships have been forged with Posh Paws (plush), RMS (amusement toys) and Noble Collection (chess).

The licensing programme also extends beyond toys and games. In the UK, there is a robust Fashion & Lifestyle programme that includes babywear launches from Poetic Brands, Crib Star and Sleep no More. As further proof of the multi-generational appeal of the brand, a selection of new adult soft lines are also set for release in the UK from established names such as BooHoo, Poetic Brands and Fashion UK.

On the global fashion front, UBD has ensured that the E.T. programme will be prominently spotlighted in high-end boutiques and elite shopping destinations across Europe throughout 2022. New partnerships with some of the most influential retailers across the continent include Difuzed (adult/young adult apparel and accessories), Mini Rodini (kids apparel and home textiles) and popular fast fashion online platforms such as Zaladno, AboutYou and EMP. In addition, H&M Kids is putting the finishing touches to its exclusive offerings that will be launched later this year.

One of the most creative extensions to mark the anniversary is a replica of Elliot’s iconic BMX bike that will hit mass retail later in the year.

The original film was one of the first global blockbusters to leverage consumer product tie-ins and the new campaign will be replete with nostalgic references which will appeal to both the casual fan and the growing community of enthusiasts and collectors.