The updated scheme will help support independent retailers as the Christmas period approaches. 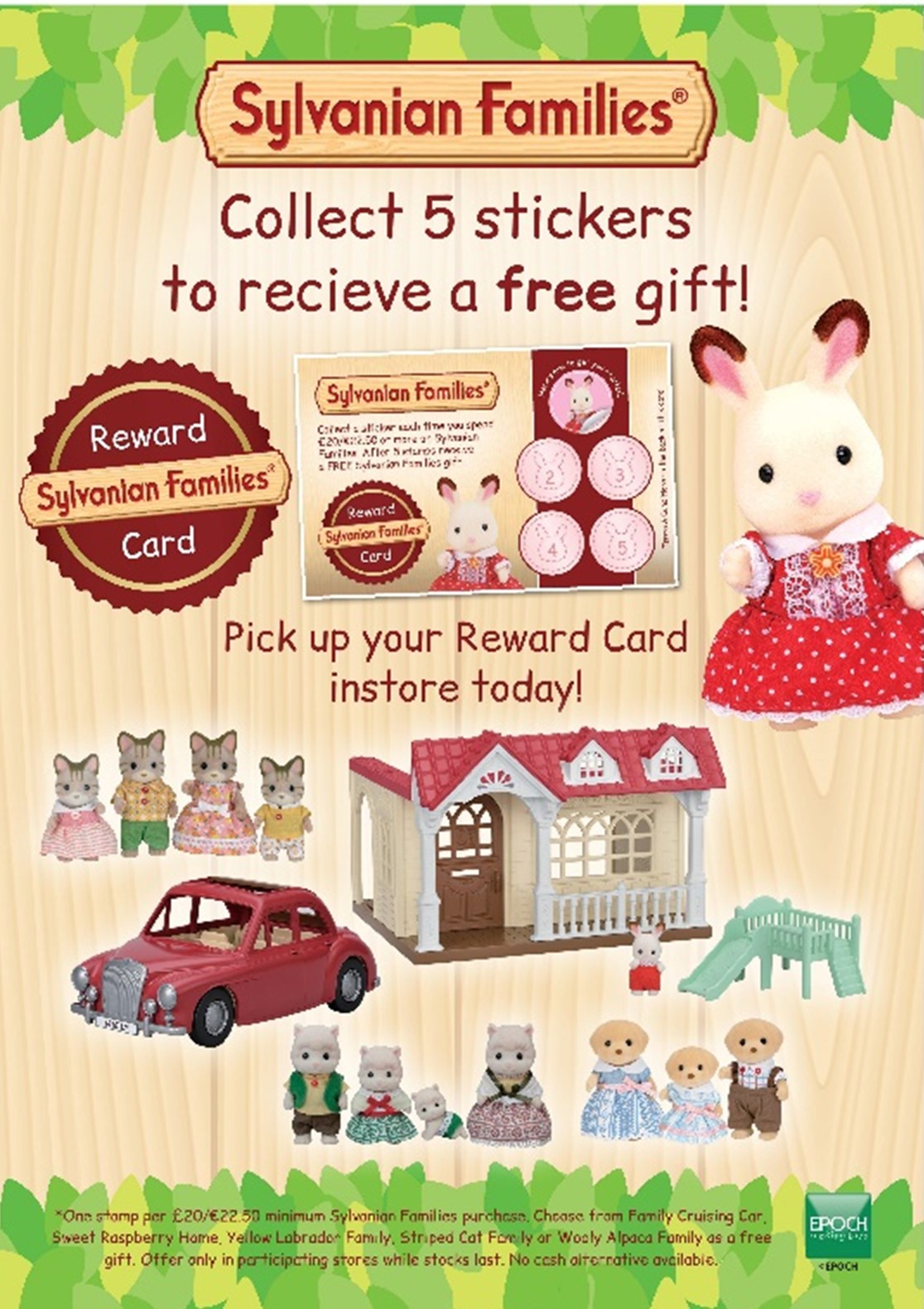 Epoch making toys is increasing its support for independent retailers in the run up to October half term and Christmas shopping period, with its flagship brand, Sylvanian Families, updating its loyalty scheme. Two in-store promotional campaigns have been created to boost sales and drive the collectability of the range.

With support for independent retailers more crucial than ever during the current retail climate, Epoch hopes to encourage shoppers back to the high street during the run up to the Q4 period, with in-store POS for all participating stores to accompany the promotional campaigns.

Refreshed reward cards have been sent out to all participating independent retailers, in time for October half term purchases; every in-store purchase of a Sylvanian Families product worth £20 or more will earn customers a sticker on their reward card. Once five stickers have been collected, customers can redeem their card for a free Sylvanian Families product. Further enhancing the attractiveness of the scheme, an improved selection is on offer, including Sweet Raspberry Home, Family Cruising Car, Woolly Alpaca Family, Striped Cat Family or Yellow Labrador Family.  To encourage further collecting, each card already has the first sticker included for free.

Epoch making toys is also supporting participating independent retailers with a new giveaway promotion – a free Baby Collectibles Blind Bag with every £15 or more spent in-store. With three series of Baby Collectibles to choose from, fans can enjoy creating their own mini nurseries alongside their purchases.