Exclusive: Behind the scenes at Toymaster

As the toy trade is missing the traditional Toymaster May show, Brian McLaughlin tells us why the group’s focus on gathering and sharing information with members has never been more important. 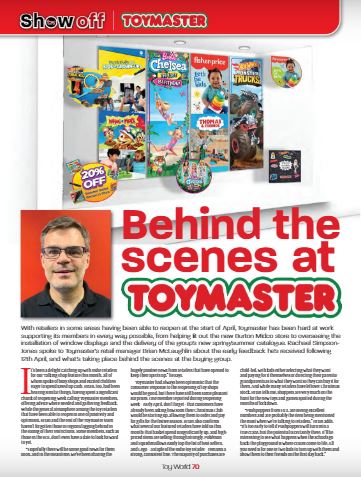 With retailers in some areas able to reopen at the start of April, Toymaster has been hard at work supporting its members in every way possible, from helping fit out the new Burton Midco store to overseeing the installation of window displays and the delivery of the group’s new spring/summer catalogue. Rachael Simpson- Jones spoke to Toymaster’s retail manager Brian McLaughlin about the early feedback he’s received following 12th April, and what’s taking place behind the scenes at the buying group.

Brian spent a significant chunk of reopening week calling Toymaster members, offering advice where needed and gathering feedback. While the general atmosphere was one of positivity and optimism, Brian and the rest of the Toymaster team continued to offer support to retailers in regions not yet easing restrictions: “We’ve been sharing the hugely positive news from retailers that have opened to keep their spirits up,” Brian told us.

One member reported that customers have already been asking (in April) how soon their Christmas Club would be starting up. Brian also confirms what several of our featured retailers have told us this month; that basket spend is significantly up, and highpriced items are selling through strongly. The majority of purchases are child-led, with kids either selecting what they want and paying for it themselves or directing their parents/ grandparents as to what they want.

We heard what lines have been reported as selling well, with an honourable mention for Pushpoppers from HGL. “It’s probably the item being mentioned the most when we’re talking to retailers,” said Brian. “It’s too early to tell if Pushpoppers will turn into a true craze, but the potential is certainly there.”

Despite the absence of the May show and being able to gather in Harrogate, this week, Toymaster has still had cause to celebrate, as the group and its members look to the future with the confirmation that Yogi Parmar has become managing director.

Chairman Chris Blatcher said: “I am sure our members, suppliers and staff will all join me in congratulating Yogi on this much deserved promotion. Yogi is a long serving, popular and much respected leader of the Toymaster Head Office Team and this promotion recognises his dedication, management skills and expertise in all things Toymaster.” 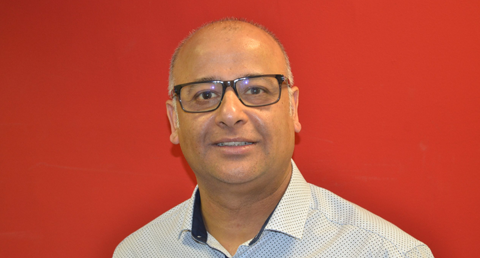 Colin Farrow, who was joint interim managing director, will now become finance director and company secretary, while Paul Reader will continue to support Yogi as the third executive director and Toymaster’s marketing director.

Team Toymaster is stonger than ever, and our interview with Brian includes more information on Toymaster’s new Product Hub, which has been developed with members in mind. The platform lets retailers access and order the latest lines from key suppliers. With the group’s spring/ summer catalogue just launched, Brian also explains why the buying group continues to enthusiastically embrace this format as a promotional tool.

To read the full article, which appeared in the May edition of Toy World, click here.