The Gen Z agency Fanbytes takes Toy World readers behind the scenes of its TikTok campaigns for IMC Toys, Rubik's and Zuru.

Toy brands have been slow in leveraging the potential of TikTok, but with its 800m monthly active users and average daily watch time of 45 minutes, and as the home to a large majority of Gen Z video consumers, Fanbytes says the platform should be a no-brainer, as it was for the toy brands it explores in this article.

Fanbytes is a leading global Gen Z marketing agency which helps brands go viral on social media. Described by Bloomberg as 'leading the charge for Gen Z and Millennial marketing', it has been successful in driving traffic, sales and conversions for all kinds of brands, including toys. In collaboration with Playtime PR, Fanbytes worked with the likes of IMC Toys and Zuru's Mini Brands to achieve results that no other toy brand has achieved on the platform. Fanbytes will show Toy World readers exactly how it was done, and, as a bonus, will also offer behind the scenes insight of the Rubik's campaign that utilised the agency's infamous Bytehouse. Fanbytes will also explain how its in-house TikTok analytics tool, Bytesights, can be leveraged to achieve virality, and offer actionable hacks to take away.

Read on to find out more.

Capitalising on a growing trend for IMC Toys’ VIP Pets

With the help of Playtime PR and Fanbytes, IMC launched a blockbuster campaign on TikTok for its VIP Pets brand, ultimately clocking 5.7m views and double the click through rate predicted at the outset of the campaign. Utilising Fanbytes’ award-winning platform and network, Gen Z and parenting influencers were selected who best fitted the campaign and its goals.

The influencers were then given a brief developed using data from Bytesights. Through identification and careful monitoring, the hair styling transformation trend - which had over 1.8b views across the hashtag - was capitalised on. This provided a strong opportunity to organically insert VIP Pets into the TikTok conversation. The influencers were asked to set up a home salon where they could style their VIP Pet’s hair, as well as demonstrate its features and accessories, whilst giving the creator a chance to experiment with creative elements in a way that appeared organic to their fanbase. With this freedom came various different types of creatives, ranging from comedy reality TV style sketches to ASMR - resulting in mass appeal across the platform.

What’s more, these videos included a link to the hair salon which was featured in episodes on Kitoons, IMC’s own YouTube channel, which enabled creators to drive traffic to YouTube with a relevant call to action. 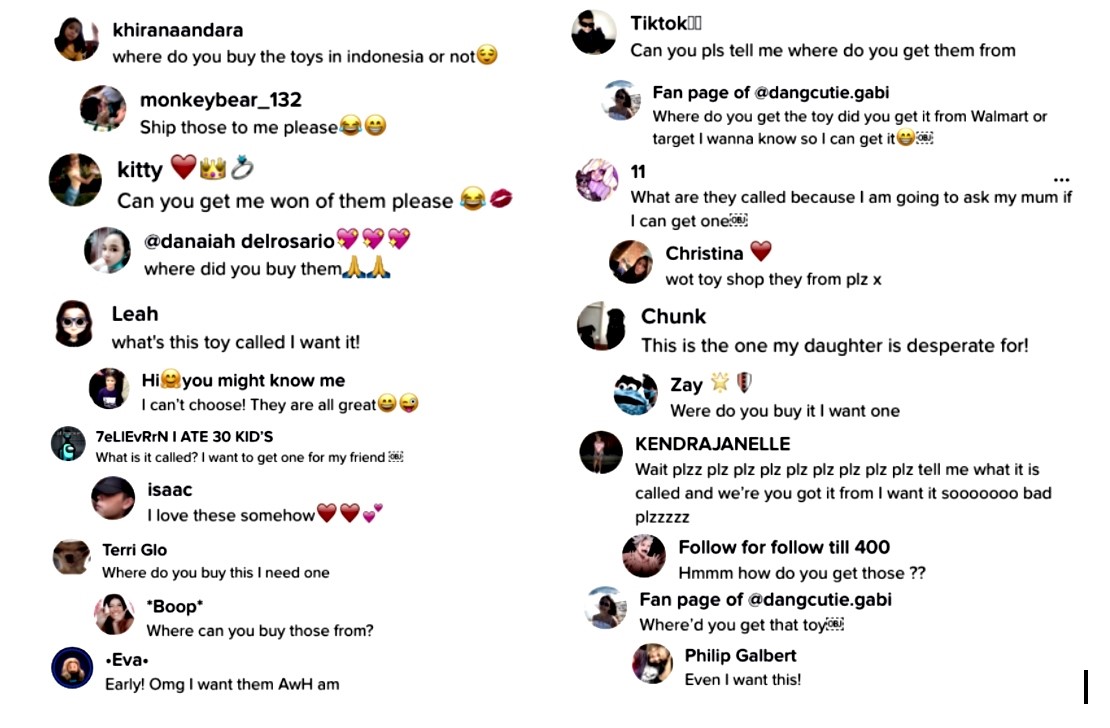 Not only did the campaign beat the predicted results, achieving 5x the views it was expected to generate, but the traffic driven was double the amount in comparison to similar campaigns, with thousands of comments demonstrating brand favourability.

The key to this campaign was a creative execution that transcended lifeless influencer product placement, spearheading a new and improved way to market toys. Sue Barratt, IMC’s UK country manager, expressed that she was ecstatic with the results: "This is the first campaign on the platform for the UK business, and we’ve been blown away with how it performed. The engagement rate has been well above the industry average and we’ve seen content from the creators that has been so organic that they’ve gone on to post further videos with the product.”

If there's any remaining doubt that TikTok can drive powerful levels of engagement, bear in mind that Fanbytes’ campaign with Rubik’s resulted in 3.3m+ views, 441,000+ likes, and a high engagement rate of 13%. Leveraging the power of the Bytehouse, Rubik’s wanted to celebrate its 40th Anniversary by attempting to set a Guinness World Record, and, by doing so, get the message out there amongst Gen Z. 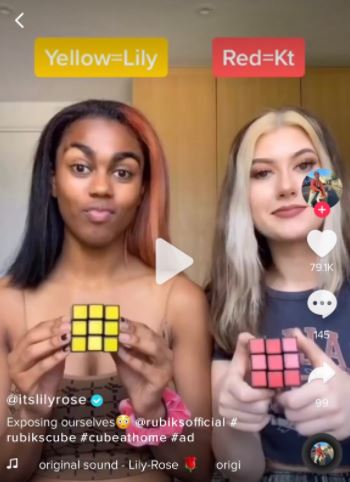 In order to achieve such impressive results on Gen Z’s favourite platform, an understanding of the audience and native TikTok content is essential. Enter The Bytehouse, which provides a temporary home to TikTok creators possessing passionate and engaged fanbases, and spend 24 hours a day creating hugely popular content for the platform. Together, the influencers have a combined following of over 25m fans.

The brief for Rubik's was to create organic and fun content for the influencers' audiences, designed to highlight the fun aspects of a Rubik’s cube, as well as take part in a sponsored livestream which was promoted on Shauni’s and Surfaceldn’s profiles, (which have a combined following of 16.9m). The success of this campaign comes down to a few core things. Firstly, the Bytesights tool was used to identify the ‘vibe for this year’ trending sound and incorporate it seamlessly into the influencers' videos. This familiar sound kept viewers hooked until the end, whilst encouraging them to take part in the official world record livestream.

Secondly, the Bytesquad’s platform expertise, as well as its knowledge of what audiences want, proved valuable to the campaign. For example, Lily Rose’s video with Bytehouse member KT Franklin sees the pair take on the popular TikTok ‘Exposing Myself’ game, with a twist - the different colours of the cube were used to represent either Lily or KT. By incorporating what is seen by Gen Z as an ‘old-school toy’ into a relevant, popular and widely known social media game, Rubik’s was able to organically insert itself into the world of TikTok whilst simultaneously building positive brand connotations and accessing a community of fans it wouldn’t have had access to otherwise.

Zuru’s Mini Brands went viral after launching in the US, garnering 700m views on TikTok. Keen to continue this momentum, the company has collaborated with Fanbytes and Playtime PR to deliver a three-part campaign on TikTok in the UK in order to capitalise on the brand's traction. This campaign is now close to completion, with phase three nearly ready to roll out.

The Mini Brands content features unboxing videos optimised for watch time, a key metric measured by the TikTok algorithm that enables the content to be shared with more and more people until it goes viral. Fanbytes leveraged this insight and collaborated with the infamous Bytehouse for the campaign.

Erika Sava, international marketing director at Zuru, said: “Fanbytes has a proven record of deliverables alongside the algorithms to demonstrate how best to meet our business and communication objectives for growing our UK TikTok presence. From 1st September until mid-October, we will be introducing TikTokkers to a TikTok first with the Mini Bytehouse, plus a variety of challenge, prank, and comedic-led content all designed with a Gen Z audience in mind.”

For the first phase of the campaign, the Bytesquad filmed a video where they pretended to move into a new house, before revealing that it was in fact the Mini Brands toy house. This was combined with content on each influencer's individual profile, in which they are seen making and decorating the mini Bytehouse, as well as unboxing the Mini Brands products. This phase brought in a whopping 1.6m+ views and a 25% engagement rate. 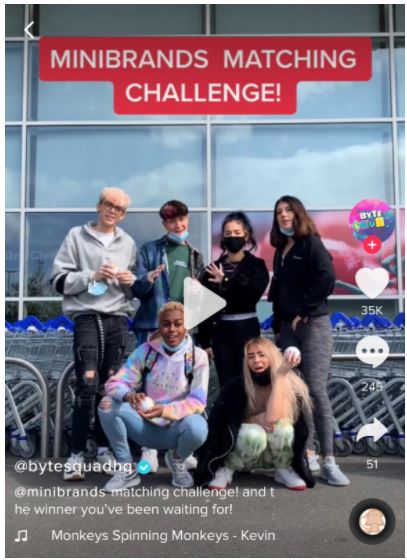 The success of this approach boils down to the fact that the Bytesquad has a passionate and dedicated fan-base that enjoys personal content giving a glimpse into their lives. The first Bytehouse tour performed well, raking in millions of views across the influencers' channels on TikTok, and did very well on YouTube too. What’s more, the house tour was positioned to look very realistic, compelling the user to re-watch the video after the reveal. This leads to a higher average watch time and more views.

The second phase of the campaign fed into something popular among TikTok users - challenges. The Bytesquad was challenged to go to Tesco and find the real products to match the Mini Brands collectibles. Whoever found the matching brands the quickest won the challenge. This content was combined with paid ads; this not only told the user that Mini Brands could be bought at Tesco, but encouraged audience participation. Phase two performed well, driving 898k+ views and a 13.95% engagement rate. 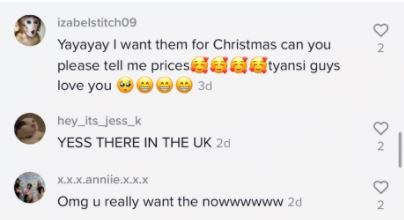 Whilst the third phase is yet to be completed, the success of the first two has left Fanbytes excited to see the results it brings. This final phase will focus on leveraging their wider influencer network to perform Mini Brands unboxings.

With many toy brands still hesitant to utilise the power of TikTok, the campaigns detailed are testament to the fact that - with the right expertise and strategy on your side - TikTok’s potential is endless. Brands have the opportunity to drive awareness, clicks and traffic, whilst, at the same time, transforming stubborn brand perceptions.

If you’d like to find out more about what Fanbytes can do for you, get in touch today.