Generation Media offers readers its insights into how Covid-19 has shaped the media landscape. 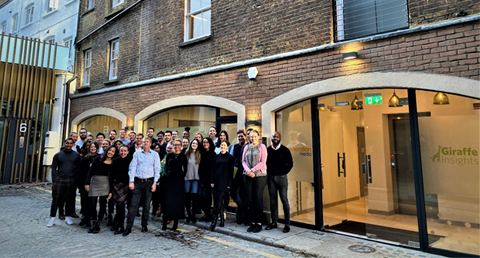 The advertising industry is not immune to the effects of Covid-19.Advertising is predicted to fall by 16.7% across the board, a decline of £4.23b. The advertising association is calling for incentives for advertisers to come to market following the lift of lockdown and is putting together a white paper to try and push a Relief in Advertising Tax Credits bill through parliament. Given this backdrop, how are the media platforms faring during the pandemic? Generation Media has taken a look at how each platform has been affected by the virus whilst the UK has been on lockdown.

During lockdown, as expected, all ages are reaching for sceens. All screens have received an upward boost – SVOD, BVOD, commercial broadcasters, public service.  Since lockdown, total TV viewing has increased by 21% year on year The pandemic has clearly been good news for Netflix, with 15.8m new subscribers in the last few months and Disney+ reaching 50m global subscribers already. TV viewing has also inevitably increased for the kids market. In the six weeks since the lockdown started, there has been a 14% increase in CH 4-9 commercial impacts compared to the six weeks prior.

Stations across the UK have reported double digit increases in online listening in recent weeks. This includes local stations as well as market leaders Global and Bauer. Fun Kids (children’s radio station) has also seen increases in online audience following the closure of schools across the country. Streaming hours are up 80% overall, with increased live listening during the day. Digital audio now reaches over 30m people per week – higher than ever before and podcasts have reached over 10m people a week for the first time.

Social media usage has seen one of the largest increases as it becomes one of the main forms of connecting and engaging with the outside world. UK usage numbers have increased by 36% and the ‘Live’ functions on channels such as Instagram, Facebook and TikTok have seen a significant increase in popularity, as events such as live workouts and concerts are streamed and companies and individuals alike get creative with ways to entertain and keep in touch. The increased demand has seen prices drop on paid social. The influencer market has not fared so favourably, as there are less jobs and collaborations in this area.

Cinema has been by far the worst affected advertising channel since social distancing measures have been put into place. With all cinemas closed until the proposed re-opening of a handful of entertainment hotspots, the ad spend on cinema has effectively come to a standstill. This has caused a number of huge cinematic releases to be postponed until further notice. A key news update that will have an effect on the cinema advertising market for kids is Odeon and Cineworld’s threat not to show any releases by Universal. This comes following Universal’s decision to showcase the film on premium video on demand (PVOD) services.

For a media that relies on people being outside, it is a difficult time for out of home. With busy central hubs and shopping deserted, the media is experiencing a 90% decline in revenues year on year. There are business rates for over 158,000 sites still to be paid monthly and over 300 councils to negotiate these fees with, which is a monumental challenge for this industry.

With the population in isolation, digital has predictably seen a significant rise. Unsurprisingly there is a hunger for online news with all news publishers seeing a record number of impressions, increased dwell times and increases in subscriber numbers. Google has reported the highest numbers of Covid-19 related searches first thing in the morning and last thing at night – a statistic that should be taken into consideration with PPC campaigns. It has also forced consumers to transfer their shopping habits online. According the online Coronavirus Consumer Tracker, more than half of UK online consumers orders have been affected by busy or overwhelmed services.

Many local and regional news have found print runs unsustainable currently and suspended publication, whilst national press print runs have been reduced for the short term.  Similarly, some magazine readers are taking to digital until business as usual prevails.

Navigating the media landscape in these unprecedented times remains a herculean challenge for brands, but we have your back. Get in touch with Generation Media for a virtual coffee and to discuss how to best tailor your media campaign. We’d love to hear from you.