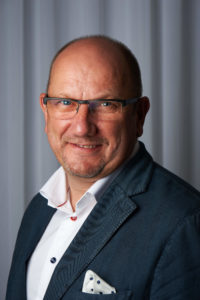 In November last year, Little Tikes announced that it had been appointed master toy licensee for Little Baby Bum, a British YouTube channel that specialises in 3D animation videos which combine traditional nursery rhymes and original children’s songs. It was an interesting move; MGA Entertainment’s founder and president, Isaac Larian, has never come across as a fan of licensing, so we wanted to find out what was behind the apparent change of heart.

“The fit between Little Tikes and Little Baby Bum is perfect,” explains Andrew. “I personally wouldn’t call it a licence in its purest form; we’re not taking a TV or film property and creating a product line based on it. As a YouTube channel, Little Baby Bum takes perennial, beloved nursery rhymes into the next century by updating them and creating unique animated content to support the words and music. Little Tikes is simply acting as a fulcrum for this.”

The initial range includes a tight line-up of eight SKUs; the Twinkle Plush, the Singing Story Book, Old McDonald Farm Blocks and a Singing Piano, among other things. A range extension is planned for autumn/winter. Retail reaction so far has been overwhelmingly positive, despite the Pre-School and Infant categories challenges with space. 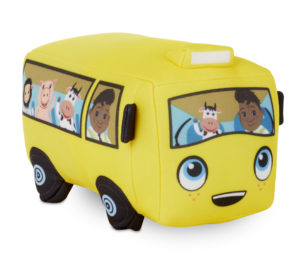 The Little Baby Bum Yellow Bus is among those products available from launch this month.

“Little Baby Bum is well-known amongst parents as a popular form of entertainment media for children, and retailers who know the channel completely get the toy range; kids love it and parents approve of it, so it’s a win-win,” adds Andrew. “Those that aren’t familiar with Little Baby Bum are a harder sell; shelf space is at a premium, after all – but when you give them the numbers behind the channel [which has 22.6m subscribers] they quickly come around. The viewing figures are eyewatering, some 21b views to date, which makes people sit up and take notice.”

The Little Baby Bum range is being supported at retail with plenty of digital activity, as well as window displays and partnerships with notable influencers on platforms such as Facebook and Instagram. Andrew finishes: “Little Baby Bum, as an online medium, lends itself well to this kind of approach, and we’re very confident it will pay off.”

To read the full interview with Andrew, which was published in the January issue of Toy World Magazine, click here.