Rachael Simpson-Jones spoke to Jamie Dickinson, head of marketing at Playmobil, about the launch plans for Dino Rise, and what else the company has in store this year. 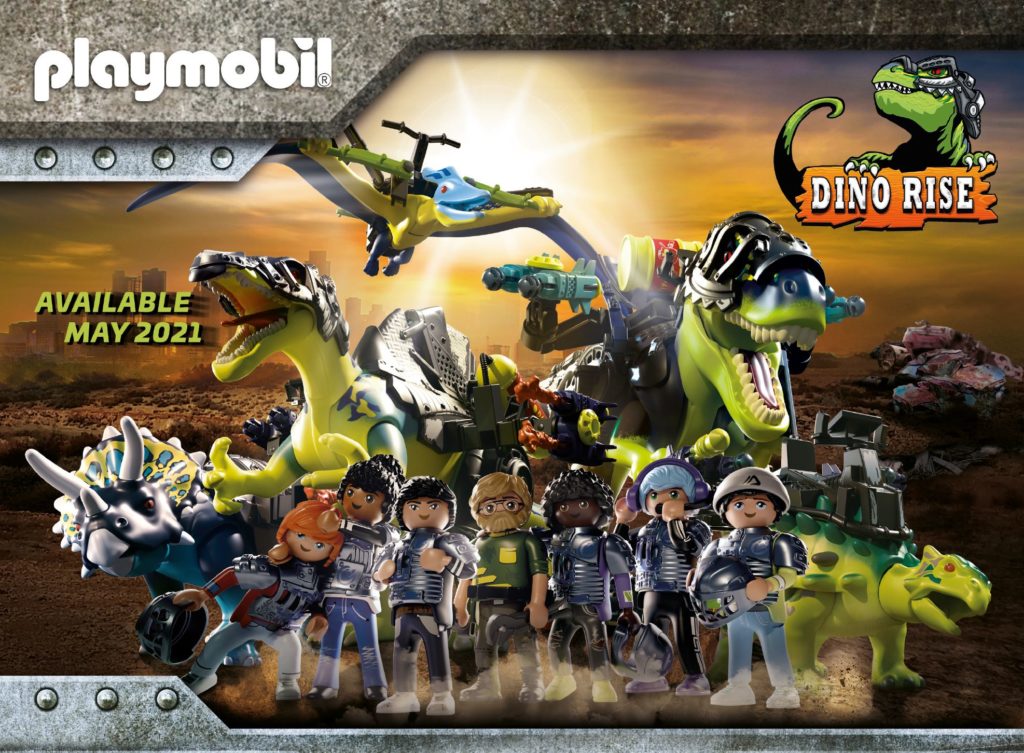 Playmobil has entered 2021 full of positivity, having fared well during a challenging 12 months that left the company just as pleased with its own performance as that of the wider toy industry.

Jamie is, like everyone, looking forward to stores reopening, and being able to fully take part in Playmobil’s latest launches. He shared a whole host of information about these, including the biggest new launch this year, Dino Rise. “We know that dinosaurs are loved by kids, and always have been,” he says. “Dino Rise not only adds to existing dinosaur toy ranges, and all the fun they offer, but also introduces the unique element of humans and dinosaurs teaming up to take on the bad guys.”

An animated Dino Rise series is also on its way to YouTube and YouTube Kids. “The animation side of things came about a few years ago, when we started producing one-off shorts for themes such as Egyptians or Pirates, and then moved onto the likes of Ghostbusters,” Jamie explains, going on to tell us just how well Playmobil figures lend themselves to animated content, and the benefits the company has reaped from doing so. “It’s becoming more and more important to deliver a fully fleshed out backstory, with themes, content, characters and plots for children to enjoy, which ties into physical product,” he said.

Away from Dino Rise, Playmobil is also bringing through numerous other new ranges and theme extensions for this year, with new products being introduced under the Adventure Zoo, Police/City Action, Beach Hotel and Princess themes.

On the licensing side, Back to the Future and Scooby! fans also have new introductions to look forward to. Both ranges launched in 2020 to hugely positive receptions and demand remains high. Vehicles produced in partnership with VW, the iconic Campervan and Beetle, were also unveiled in January, opening up the kidult market to Playmobil, and paving the way for similar partnerships in the future. 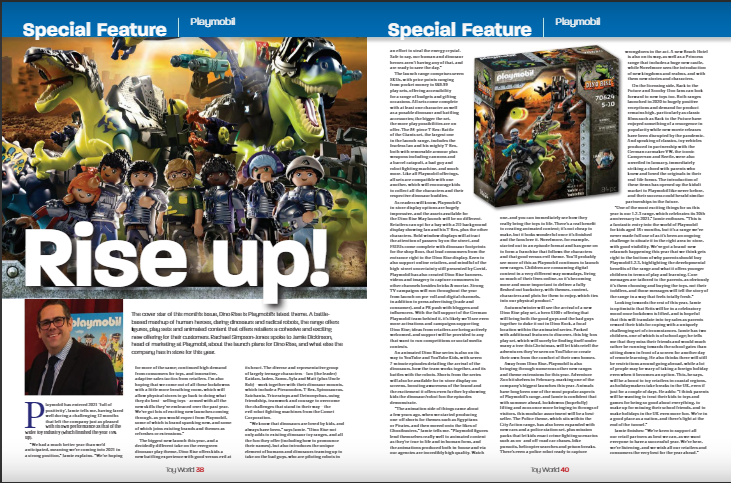 , which celebrates its 30th anniversary in 2021, is another source of excitement for the company. A new relaunch promises to help retailers and consumers alike fully appreciate and get the most out of the range, with ‘messages that will tell the story of the range in a way that feels totally fresh.’

Jamie is optimistic that Brits will be in a celebratory mood once lockdown is lifted: “I think parents will be wanting to treat their kids to toys and games for being so good about everything, to make up for missing their school friends, and to make holidays in the UK even more fun.”

To read the full article, which contains more on Playmobil’s plans for all the new ranges, and appears in the March edition of Toy World, click here.