The pandemic has led to some fascinating shifts in consumer behaviour, and with attention now turning to Christmas all eyes are on how Q4 may pan out for the toy industry. 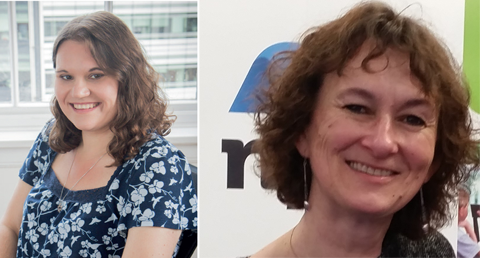 In an exclusive article published in the November issue of Toy World – before the second lockdown was announced – Frédérique Tutt, global toys industry analyst at The NPD Group, and Melissa Symonds, director UK Toys, EuroToys, told Toy World how Covid-19 has impacted toy shopping behaviours globally, and predicted how the Q4 festive season could pan out in this very unusual year.

“As we already know, Toys has performed extraordinarily well in the UK this year considering everything that’s happened,” enthused Mel. “When stores were closed (in the first lockdown), UK value sales on toys grew by +18%, and although that trend hasn’t continued quite so strongly since stores re-opened, we were still seeing growth. Post-lockdown, the UK toy market is up 4%, which means YTD we’re up 6% (Week 4 of September). Some of the weeks in September were also showing double digit growth, which shows that things have started to pick up since the kids went back to school. Collectibles and other lower-priced toys have been recovery since mid-June, whereas we were quite reliant on higher-price-point sales during lockdown.”

To the end of August, the 13 countries where POS is tracked by NPD showed an overall increase of +11%. On the face of it, you’d be forgiven for thinking that the global toy market has fared unbelievably well since Covid-19 made itself known, but it’s not quite that simple. A large percentage of these international gains – 80% – is coming from the US market. If you take the bigger European countries – UK, France, Germany, Italy and Spain – growth is corrected to 2%. What this does mean, however, is that when Fred and Mel spoke to us, the UK toy industry was significantly outperforming the rest of Europe.

Christmas shopping has also started earlier this year, and the ‘shop early’ message is one toy specialists such as The Entertainer have been keen to champion. DreamToys was likewise moved to the October half-term term, a move the Toy Retailers Association said would help extend the Christmas shopping period ahead of possible Covid-19 lockdowns – a move which has proved prescient, given the situation we now find ourselves in. Looking ahead to when stores re-open, some retailers are currently investing in technologies to bypass issues including lengthy queues, with virtual queuing apps allowing customers to register their interest in entering a store and turn up at an allocated time, ready to go in. Although a costly investment, no one yet knows how long Covid-19 could be with us, and as they say, it pays to be prepared. The UK, meanwhile, benefits from its highly developed click & collect services, which shoppers are already familiar and comfortable with, and will be aiding many retailers right now.

“There are a lot of people who say that Christmas is going to be the major party of 2020,” says Fred. “Parents will want to make their kids feel good this year more than perhaps any other, and are likely to overcompensate with presents, and with so many families wanting (or having) to stay home over Christmas there’s also going to be a lot more demand for toys and games that will keep everyone entertained. This very much goes in the toy industry’s favour.”

To read the full article, which was published in the November issue of Toy World, click here.