Brian McLaughlin, retail manager at Toymaster, told Toy World how the group is helping its members prepare for the lifting of restrictions on ‘non-essential’ retail from next month. 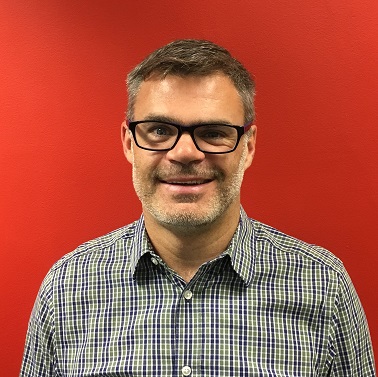 Conscious that some of its members don’t yet have a firm date for reopening, Toymaster is nonetheless doing everything it can to help its members prepare for when they can welcome customers back once more.

The group’s window display programme will begin again from April. Lego is the supporting supplier, kicking things off with its highly collectible new Vidiyo range. This means retailers able to open their doors from next month will be doing so with prominent displays of something completely fresh to draw in passers-by off the street. Toymaster’s Spring Catalogue will also be available from for distribution to customers from early April, perfect timing for those in the first wave of reopening. Those in Northern Ireland or Scotland will also be sent theirs, ready for when they open their doors later on. The catalogue will also be hosted on the Toymaster website for those who wish to access it online.

Stock availability due to Brexit and shipping disruption is an ongoing issue for some retailers – less than ideal timing when shelves need to be full to bursting with brand-new toys and games. “We’re aware that there are some gaps in stock, and what we’re urging members to do is look at what they are, and try to get orders placed ASAP if they haven’t already,” says Brian. “Behind the scenes, we’ve been compiling all the info retailers would have got from suppliers had they been able to attend toy fairs.”

In the January issue of Toy World, we detailed how Toymaster had been busy collating digital catalogues, brand presentations, order forms and much more into a single area on its members’ website, resulting in a handy one-stop-shop with all the most relevant info in one place. Suppliers have been continually added since then, bringing the total to more than 50, alongside a wealth of new product information and order forms that retailers can access quickly and easily. A new media centre, meanwhile, lets them pick and choose from banners, sizzles, images and other assets that they can use on their social media platforms, some supplier-branded, some generic, which can be used to communicate with their customers.

Toymaster has also been encouraging its members to communicate. As you’ll read in the April issue’s Talking Shop feature, this deceptively simple piece of advice is working wonders for a number of the group’s members, who have taken to stock- and knowledge-sharing to ease carriage paid burdens and increase the variety they can offer their customers. The members’ forum, meanwhile, is awash with retailers helping each other out, a collaborative approach that benefits all involved.

As previously reported, the 2021 Toymaster show has been cancelled. This was obviously a disappointment to the group, which had been working hard to try and secure convenient dates for its members and suppliers, but Brian is enthusiastic about the 2022 ‘comeback’ show, which promises excellent attendance and an atmosphere even more jovial than it usually is – and in the absence of the shows, Toymaster will continue pushing as much information out to its members as it possibly can.

“We’re also feeling really positive about what will happen when stores reopen,” adds Brian. “When the first lockdown ended in summer 2020, we saw our members have a really good few months. Footfall may have been down, but takings were up as customers increased their average basket spend. Those people that did go out to shop also went to spend, and after all this time, shoppers are understandably keen to get back out there and see all the new toys with their own eyes before taking them to the tills.”

He adds: “We obviously expect to see strong sales in Outdoor, and continued demand for games, puzzles, construction sets and crafts. We’re keeping an eye on the Pocket Money and Collectibles category; now kids are back at school, I’m sure we’ll see this sector picking up nicely.”