Exploding Kittens is offering the two week exclusive window for the launch of Poetry for Neanderthals NSFW and  Zombie Kittens. 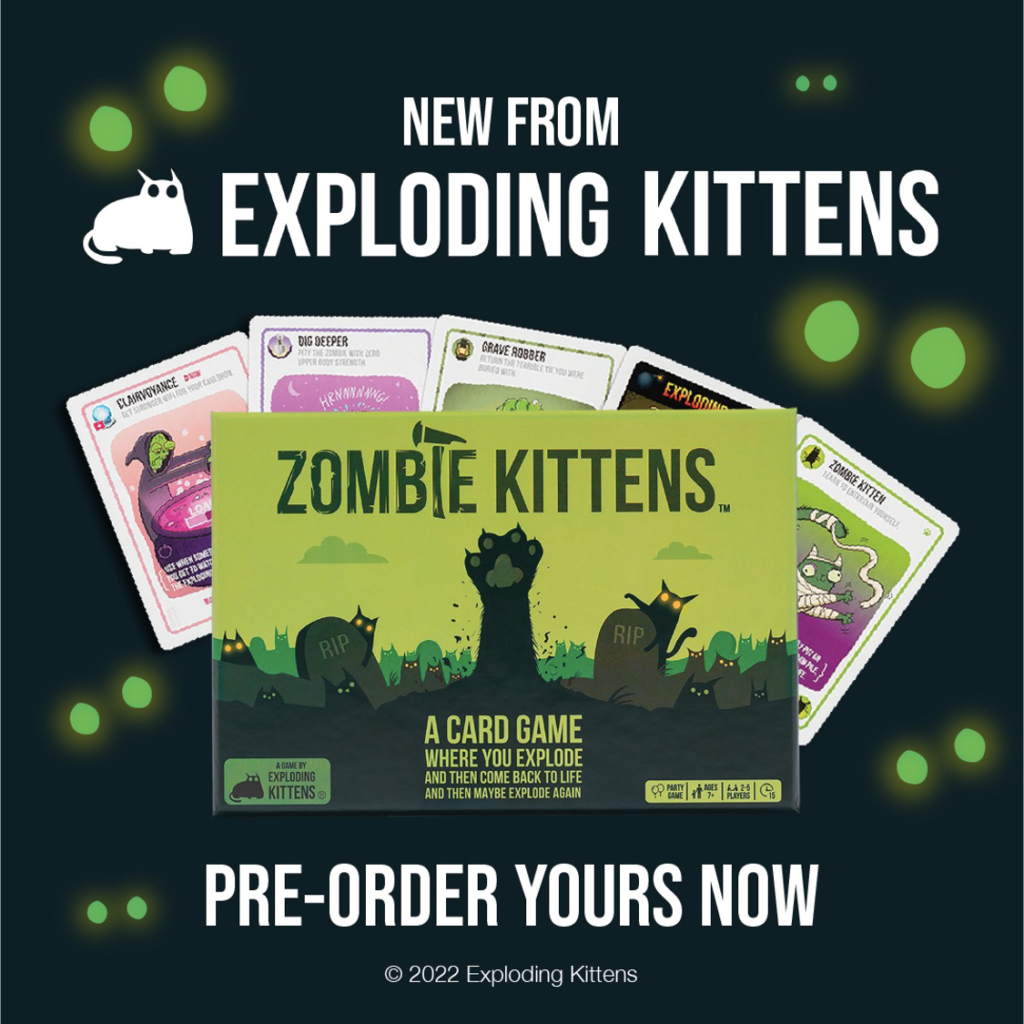 Exploding Kittens, the hit tabletop game creator, is bringing two new games to the table this Spring: Zombie Kittens and Poetry for Neanderthals: Not Safe for Work Edition. On a mission to ignite game night in households up and down the country, the two new titles come hot on the heels of newly launched Mantis and UK-exclusive Exploding Kittens: Cat Burglar Edition and are being offered exclusively to the hobby and independent sector for the first two weeks of launch.

Adding to the litter this Spring is Zombie Kittens, the new stand-alone version of Exploding Kittens. The new gameplay introduces a key element that has not been seen in Exploding Kittens before: Player Resurrection. If a player has exploded during gameplay, they can rise from the grave with the Zombie Kitten card to get revenge, giving each player the ability to stay in the game longer than they could in the original. With all new art and cards, Zombie Kittens can also be combined with any deck as an expansion and is the perfect addition to the existing Exploding Kittens franchise.

Poetry for Neanderthals: NSFW Edition is an adult version of the hit game from Exploding Kittens for ages 17+ where players must “speak good or get spanked with stick”. Players earn points by getting their teammates to guess adult-themed words and phrases, but the catch is that they are only allowed to use single syllable words. If they use any words with more than one syllable, the other team gets to spank them with the 2-foot inflatable Spank Stick. 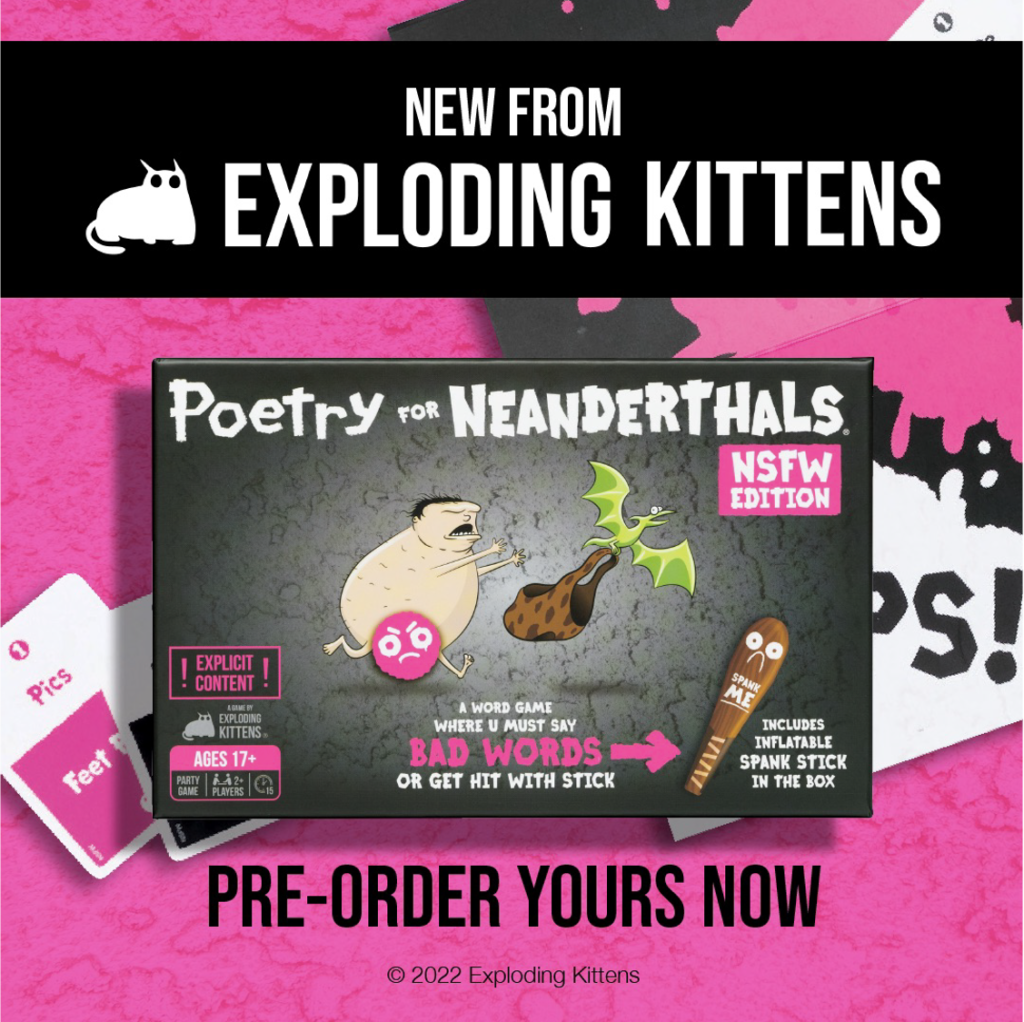 The board game forces players to explain complicated ideas using simple vocabulary, all while sounding a little bit dumb. The team which can guess as many words and phrases as possible before time runs out will dominate their prehistoric rivals. (This game contains explicit content; the NSFW acronym means “not safe for work” and is used online as a warning to users).

To support the hobby and independent sector, Exploding Kittens is offering the two week exclusive window as follows: Poetry for Neanderthals NSFW: 29th April – 13th May and Zombie Kittens: 13th-27th May.

For more information on the exclusive launch via the hobby and independent sector, interested parties should contact Radcliffe Harris at  Radcliffe.Harris@asmodee.co.uk and

for more information about the Exploding Kittens portfolio, visit the company website or contact Joeri Hoste at Joeri@explodingkittens.com. Joeri took part in an exclusive interview with Toy World here.