Toys and games donated to KidsOut in the annual event will help support children who have had to flee abusive homes. 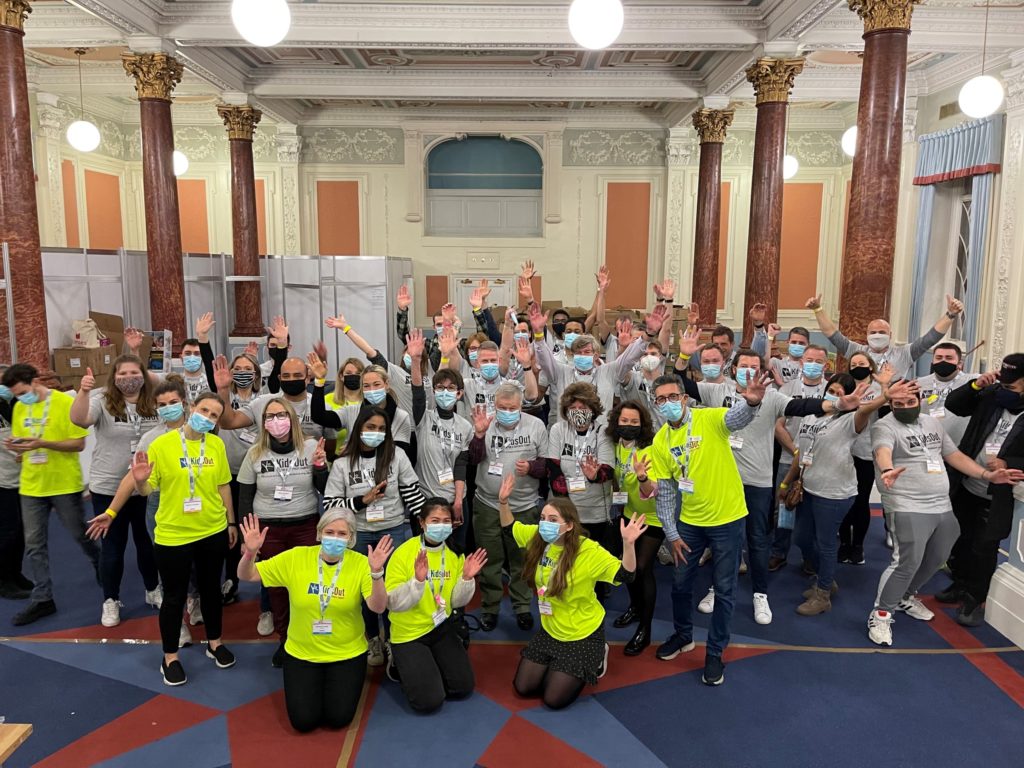 Thousands of toys and games were collected for children who have had to flee abusive homes in the annual Toy Fair Trolley Dash, which took place at the end of the recent London Toy Fair.

More than 35 staff and volunteers from Toy Fair’s charity partner, KidsOut, collected around 3,500 toys from the stands on the final evening, as they passed through the aisles of the show with shopping trolleys, kindly donated by Tesco.

The donated toys will be categorised and sorted into age and gender, then teams of volunteers will pack them into boxes for distribution via the KidsOut Toy Box service. The items will go directly to children who have been victims of abuse and had to leave their home, usually with their mum, for the safety of refuge with nothing except the clothes on their backs. The Toy Box provides a sense of normality and happiness in their lives at a very difficult time.

Julian Margolin, chief ambassador of KidsOut commented: “We were once again overwhelmed by the amount of support and the generosity of the toy trade at this year’s Toy Fair Trolley Dash. Our volunteers were literally rushed off their feet after rolling down the aisles and coming back with trolleys full of donations. In total we received a huge range of toys and games totalling circa 3,500 items.

“After such a difficult two years it was incredible to see that the giving mentality of all involved has not diminished. We would like to thank not only everyone in the trade but also the BTHA for their continued faith in the cause and especially the Toy Fair and Olympia teams for all their help in the run up to and during the event. We would also like to thank  the unseen heroes supporting us with trolleys and transport, Tesco and (DHL) Marks and Spencer.”

The British Toy & Hobby Association’s director of Fairs & Special Events, Majen Immink, added: “It was great to be able to end the show with the Trolley Dash again this year. It is always such a fun and positive culmination of a busy three days, whilst supporting a very important and worthwhile cause. Like lots of businesses, charities have really struggled over the last couple of years, so it has been wonderful to see the generosity of our exhibitors who donated so much product to KidsOut. A big thank you to all involved and to the KidsOut staff and volunteers for their efforts in seamlessly pulling together another successful Trolley Dash.”

If you are interested in doing some volunteer work or a team bonding day packing toy boxes, you can get in touch with KidsOut by e-mailing info@kidsout.org.uk for more information.