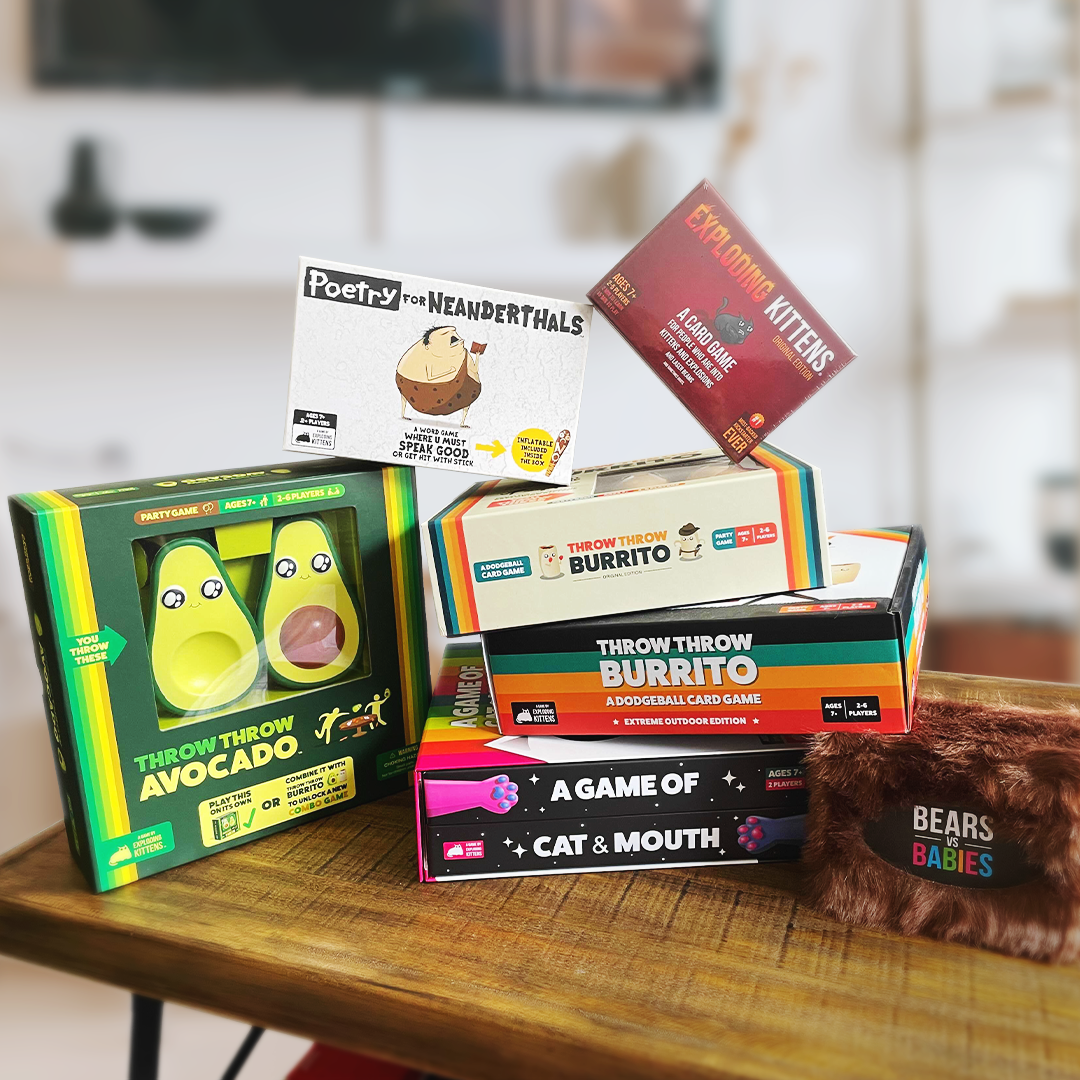 Exploding Kittens, the hit tabletop game creator, has announced its acquisition of popular, fast-paced card game, Happy Salmon, from North Star Games. Designed by Quentin Weir and game developer Ken Gruhl, who has since joined the Exploding Kittens team as senior game designer, the company is reimagining Happy Salmon with an Exploding-Kittens twist and re-releasing the game this November.

“While we’ve spent so many years building an incredible pipeline for games, we know the best ideas don’t always come from within our four walls,” said Zach Schiff-Abrams, head of Creative Development, Exploding Kittens. “We want to develop new games and brands, whether that’s through our internal team, working with external designers, or by acquiring IP and talent like we did with Happy Salmon.”

While Exploding Kittens was initially the brainchild of creators Elan Lee and Matthew Inman, founder of The Oatmeal, the company has grown into a game designer’s haven. Led by Schiff-Abrams and Thor Ritz, the team aims to cultivate new talent, source new games, and create new household favourites. The roster of over 15 powerhouse designers includes internal team members Gruhl, Carol Mertz, Mary Georgescu, and Ian Clayman; industry veteran Eric Lang who is consulting for the company in a broad capacity; and acclaimed external designers such as Wolfgang Warsch, Mikkel Bertelsen, Martin Gjerløv and Brian Spence, creator of the game mechanic of Throw Throw Burrito. Originally presented to the team as Flaming Mangoes, the idea was licensed and developed into the beloved dodgeball card game it is today; one of the company’s best sellers with more than 2m copies sold since launch in September 2019.

“I had no idea Exploding Kittens was so open and eager to receive new games and ideas from external developers like myself,” said Spence, game designer and founder of Bold Mango Games. “Working with the Exploding Kittens team to develop my original idea into Throw Throw Burrito, and reach millions worldwide, has been an extremely rewarding experience. There’s more to come from the Throw Throw family, so stay tuned.”

While the current version is still available, Happy Salmon will be re-released in November. For more information or to submit a game idea, visit Exploding Kittens’ website.