The first two-player strategic board game, from the company, Tacocat Spelled Backwards combines wits and tactics with luck and instinct. 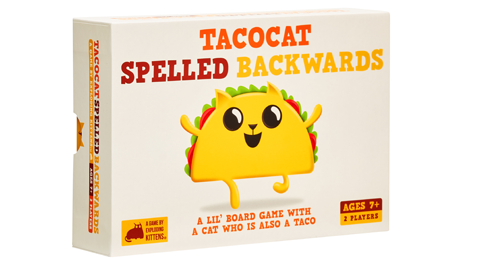 Tabletop game creator Exploding Kittens has launched its first two-player board game – Tacocat Spelled Backwards; a palindrome-themed duel of wits and tactics that incorporates a fun balance of strategy, luck, and instinct.

“Since we created the original Exploding Kittens game six years ago, Tacocat quickly became one of the most beloved characters. As we look to expand our IP in new ways, the inspiration for ‘Tacocat Spelled Backwards’ was born,” said Elan Lee, co-creator and CEO of Exploding Kittens.

In a unique, friendly competition, opponents aim to outsmart one another in battles to win the ultimate prize of Tacocat. The game can be played in a quick and simple round or can be double-downed with strategic combos. With its portable, open design, players can go head-to-head anytime, anywhere.

“We don’t often see strategy games that are made specifically for two players AND for the entire family, and that’s what we set out to create,” added Elan. 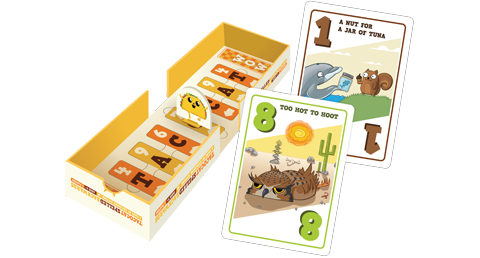 Tacocat is a game of clever card matchups in a box that is also the board. Players can win duels by playing cards of matching or higher value to defend their hand, or be forced to sacrifice their lowest card. On the final card, whoever has the lowest value card wins the round, bringing Tacocat closer to their side.

The game features a foldable box with spaces that spell out “Tacocat,” seven palindrome (a word or phrase that reads the same backward as forward) tiles, 38 hilariously illustrated palindrome cards and one Tacocat token. Tacocat is fun for all levels and ages, and can be easily adjusted to be simpler or more strategic by using “jumbo attacks” to force an opponent to play more cards. Players can play a two of a kind or a run of three (4, 5, 6, etc.) to build upon the strategy.

For more information on the Exploding Kittens portfolio, please contact Joeri Hoste: Joeri@explodingkittens.com. Toy World readers can also find out more about the game and the company behind in the April issue, which will feature an exclusive interview.