The Exploding Kittens team says the new game is a portable, only takes a few minutes to set up and is accessible for different vocabulary levels. 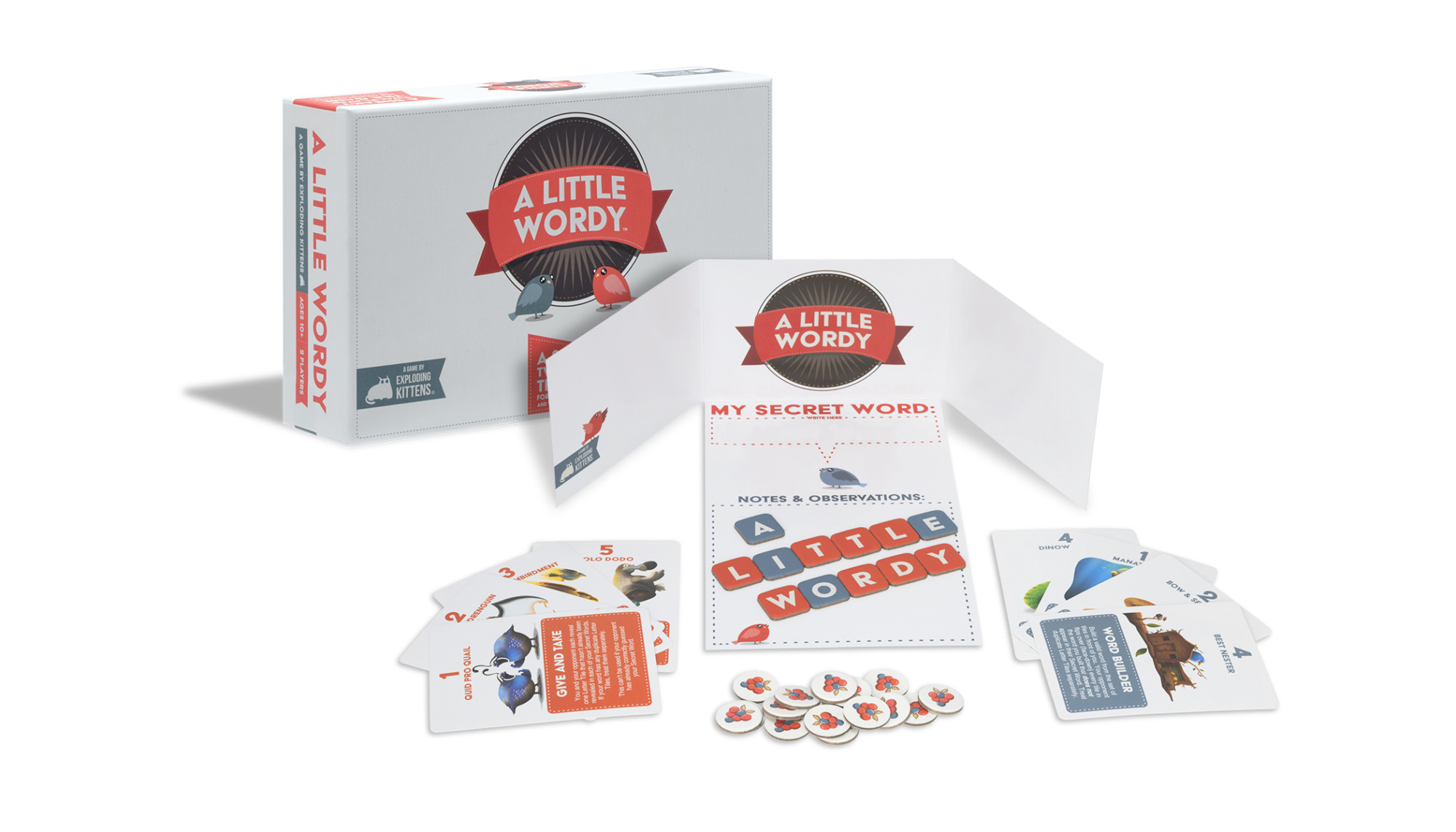 Hit tabletop game creator Exploding Kittens has announced the launch of its new game A Little Wordy, a sneaky, tile-unscrambling word game for would-be word wizards. The game is a thoughtful, strategic, highly-replayable game that’s not about having the mightiest vocabulary, but about making clever choices. A Little Wordy can be enjoyed by players of all ages as either a two person or two team game.

“You either love word games or you hate them, and I’ve always loved them,” said Matthew Inman, co-creator of Exploding Kittens and creator of The Oatmeal. “A Little Wordy combines the best of Scrabble and Cluedo into a portable game that only takes a few minutes to set up and get going. We also wanted to make word games more accessible for different vocabulary levels and not just encyclopedists.”

To play, each person assembles a word from a set of tiles and keeps that secret word to themselves. Players then take turns trying to decipher their opponent’s secret word by paying for clues and hints using Berry Tokens. For every word guessed correctly, the player will earn Berry Tokens; the player with the most tokens wins.

A Little Wordy levels the playing field against veteran word wizards. The nature of the game means that using smaller, more common words may be better than using longer, more difficult words because the opponent may overthink things and blaze right past it. At the same time, attempting to figure out the opponent’s secret word can be both hilarious and delightfully maddening.

A Little Wordy is suitable for players aged seven years and over. For more information on the Exploding Kittens portfolio, contact Joeri Hoste: Joeri@explodingkittens.com.

To find out more about the company’s latest games, and what lies ahead for Exploding Kittens in 2021, read the profile which appeared in the April issue of Toy World here.