The young, start-up company, which makes traditional yet imaginative toys, will also be exhibiting at Autumn Fair this year. 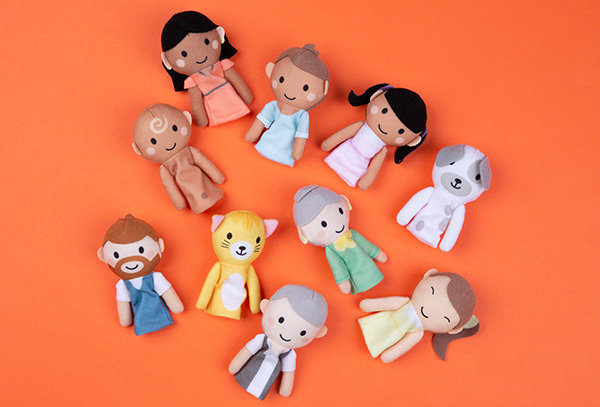 Operating for just over nine months, start-up toy company Fabula Toys has announced that its exclusive toy line will now be available at the renowned Benjamin Pollock’s Toy Shop at Covent Garden, London.

The vintage and retro toyshop is one of the oldest toyshops in the city and has its origins at Hoxton as far back as 1851, before moving to its current location in 1980. Fabula’s popular Incy Wincy Spider set of sensory gloves, and The Finger Family set of 10 multicultural finger puppets, will be available both in-store as well as online at pollocks-coventgarden.co.uk.

Nazneen Yasin, founder & director at Fabula Toys, said: “I am pleased with the growth we have seen over the last few months and am beyond thrilled for our products to be listed at a place as legendary as Benjamin Pollock’s Toy Shop. Over the next year or so, expansion will be a priority for our business. With the markets opening up and Christmas drawing closer, opportunities are endless, and they start as soon as early September – I am really looking forward to meeting with shop owners, buyers and other members of the industry at the Autumn Fair 2021 in Birmingham.”

Initially launched via the company’s eCommerce website, Fabula Toys gained prominence for bringing age-old nursery rhymes alive by exploring the characters and story lines in a way that encourages children to interact with them in the physical world, rather than watching rhymes on YouTube. In addition, each toy is designed to promote the development of Early Years Learning Goals such as imagination, sensory perception, physical exercise, vocabulary, communication and more.

Customers can purchase the company’s toys on Etsy as well as directly from fabulatoys.com. Fabula Toys will be at Autumn Fair 2021 in Hall 7, Stand 20C62, and welcomes all trade visitors to its stand to discuss retail opportunities. The company can be contacted at: play@fabulatoys.com/020 3633 9684.