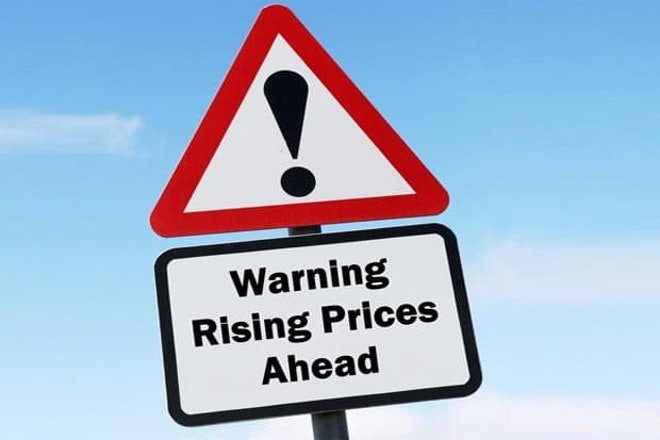 Yesterday, BBC Radio 5 Live’s Wake up to Money programme and the BBC news website featured a story which quoted James Owen, owner of Outdoor Toys, who suggested that sky-high transport costs and port congestion will result in larger outdoor toys such as swings, trampolines and climbing frames being much more expensive this year. He told the BBC that trampoline prices could rise by as much as 40-50%: “The port congestion just keeps snowballing, there’s a container shortage, hauliers are really stretched and rates keep climbing.”

James even went on to suggest that given his company already makes some products in the UK, rising shipping costs could mean it will become economical to make more, claiming: “For the first time ever, the ocean freight outweighs the cost of the item in some cases.”

The price of shipping a 40-foot container on major world trade routes has almost tripled in recent weeks, while hauliers within the UK are also charging more. According to the radio item, it used to cost around £650 to transport a container from the port of Felixstowe to Outdoor Toys’ site in mid-Wales – the cost is now up to £1,800 per container, “and that’s if you can get the haulier to take it,” James admitted.

While media attention is currently focused on outdoor toy lines, there are concerns that this trend will start to affect other toy categories if shipping costs don’t return to normal soon. Outdoor items are inevitably amongst those most affected in the short term; we are currently in the middle of peak shipping season for spring summer lines, with transport costs at record highs. There are hopes that these costs may decline after Chinese New Year, but there is no consensus within the logistics community that this outcome is guaranteed. In addition, many outdoor items are amongst the largest, bulkiest items sold by toy retailers, which only exacerbates the situation.

However, other toy suppliers are watching closely to see how things develop. One supplier told Toy World: “One of my key lines comes in 40 foot high cubes, 2500 items in each one. The cost to get the product from China to my warehouse has gone up five-fold – that equates to around £4 per product unit. In old school models, that would suggest adding £20 to the retail price. Unless the rates come down, potential major price rises could affect many toy ranges in the coming months, and not just outdoor lines.”