Ocean carriers that use Yantian are having to adjust their networks to cope with the short-term disruption. 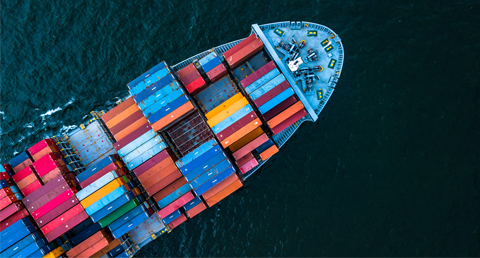 According to a report in The Loadstar, calls at the world’s third-largest port of Yantian have had to be pulled this week, and the same may happen next week. CNBC’s business analyst, Lori Ann LaRocco, has stated that although the port would officially remain open during the lockdown, it would actually be closed for cargo operations: “Ports are more than vessels coming in, you need people to drive trucks and move product out of warehouses. No people equals no trade.”

Earlier this week, a notice issued by the Shenzhen Covid-19 Prevention and Control Command Office, confirmed that the city’s residents must stay at home until Sunday, apart from going out for three rounds of testing. What happens after that remains unclear – the statement suggests only that “adjustments will be made according to the new situation”.

Analyst Lars Jensen, of Vespucci Maritime, was quoted by The Loadstar as saying: “It should be kept in mind that when Yantian was shut down due to Covid last year, the disruptive impact on cargo flows was roughly twice the size of the blockage of the Suez Canal.” This time round, the situation is potentially more concerning: the previous Yantian shut down did not extend to the city, so the impact of this lockdown could potentially be greater and last longer.

There are also concerns that China’s strategy of Covid elimination will be extended to other mainland cities, given the spread of the new Omicron variant across China.

Prior to this latest disruption, some ocean carriers were predicting that schedule reliability and rates would improve in the second half of the year. However, some are now speculating whether spot and short-term freight rates on the Asia-Europe trade lane will rise once again, especially if the current shutdown lasts for longer than seven days.