An appeal for charity donations at the recent Fence Club virtual AGM saw over £37,000 being donated by members. 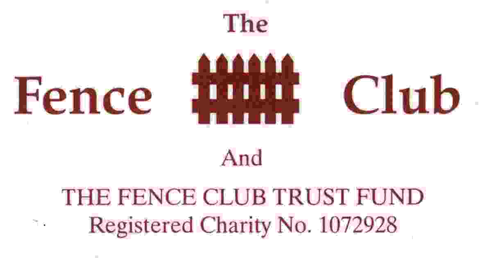 Current chairman Philip Richardson agreed to continue as chairman for an additional year, in order to complete his chairmanship of the functions that had to be cancelled due to Covid. This means that Character Options’ David Bramford will have to wait another year to take on the role of chairman. In addition, a new general purposes committee was elected, including – for the first time  – two female members: Flair’s Nicola Bergot and Jacqueline Taylor-Foo. Those familiar with the workings of the Fence Club will appreciate that this means the Club will have a female chairman for the first-time ever, within approximately five years.

The Fence Club traditionally organises several functions throughout the year, at which its members and their guests meet up to enjoy good food and raise money for a range of deserving charities which help underprivileged children in the UK. Despite being unable to hold any functions since Toy Fair this year, the Club has continued to support its longstanding charity partners: its annual Christmas Toy appeal has already received donations of over 70 pallets this year, and to date, 360 cartons have been sent out to 67 charities. If any toy companies would also like to donate products to this appeal, they can contact Sharon Ford at Character Options for further details (SharonF@charactergroup.plc.uk).

The absence of functions has also had a major impact on charity donations this year. An appeal for contributions from members at the AGM by charity secretary Joe Kissane, aiming to replace the donations that should have come over the next three months from the Wall Members Lunch, Christmas Ball and Toy Fair Party, was met with a tremendous response. Over £37,000 was donated by members in a matter of days, in order to help the Fence Club continue the good work it does with its charity partners. If any other toy companies or individuals from the toy community, either here in the UK or across the world, would like to support the charitable work of the Fence Club, donations can be made via its Just Giving page.