The retailers ceased to be members of the group as of 11th June. 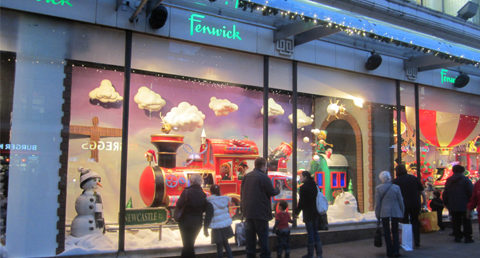 It was revealed yesterday that the Fenwick and Bentalls department store group has tendered its resignation from the Toymaster Group, effective immediately.

Announcing the development to suppliers, Toymaster confirmed that it would continue to process credit notes for prior invoice queries or in respect of returned/faulty goods. The communication also wished the teams at Fenwick and Bentalls teams all the best for the future and asked suppliers to notify the appropriate sales agents and representatives of the development.

“Fenwick became Toymaster Members more than a decade ago via their purchase of the Williams & Griffin department store in Colchester. In more recent times they remained Members, although invoiced very little business through the group. They stayed as Graham Hook, the toy buyer, saw value in the information on the toy trade and toy retailing being a Member of the group gave them.

The position of toy buyer was made redundant, Graham left the business at the end of May and Fenwick have decided they do not need what others cherish so dearly.

The chairman and chief executive both ‘stood down’ at the beginning of April, both non family members.

We received an email, as no doubt other suppliers did, from Kieran McBride (Fenwick director of Buying for Furniture Home and Food) on 6th April at the beginning of the Coronavirus pandemic that states: ‘we need ask you to share the burden by supporting us with a 50% discount on all invoices awaiting payment. If you can agree to this discount, then I can prioritise payments, so that they are with you within the next two weeks.’

This is not a company that Toymaster wants to be associated with, from either a risk or values point of view.

Fenwick leaving is a good day for the group, in my humble opinion.”