A competition to win a Barbie Dreamhouse bedroom makeover like Ferne’s daughter Sunday is open until 10th October. 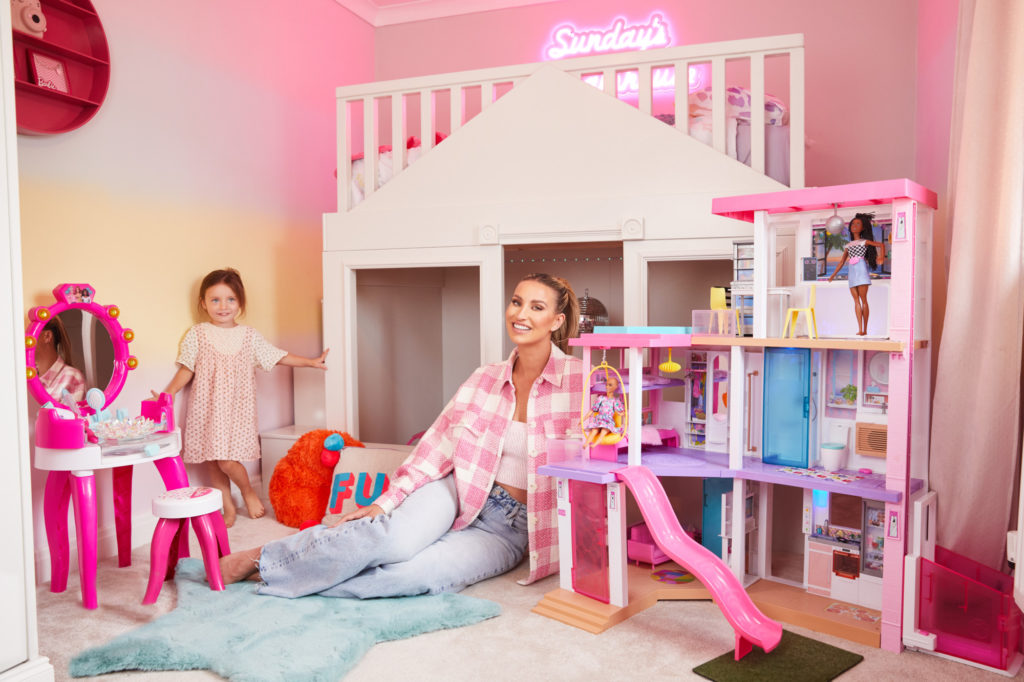 Sunday’s  bedroom has been designed to look like the all new Barbie Dreamhouse, complete with a bespoke Dreamhouse bed and an LED ‘Sunday’s Dreamhouse’ sign. Just like the Barbie Dreamhouse, Sunday has her own disco ball, pink fluffy rug and LED light up room, while acrylic shelves and frames display her Barbie dolls and inspiring prints.

A member of the public can also win their very own bespoke kids bedroom makeover, inspired by the Dreamhouse. The competition is open from 30th September – 10th October, and a winner will be picked at random from entries on Ferne’s Instagram giveaway post.

Ferne said:“I’m so excited to be working with Barbie on this amazing Dreamhouse-inspired bedroom makeover for Sunday. She loves playing with her Dreamhouse, and it is the perfect bedroom makeover for her going into a big girl’s bedroom, so she’ll sleep through the night in her own bed now she’s starting school.  The ‘Sunday’s Dreamhouse’ neon sign and rainbow ombre pastel walls are my favourite part of the room. I couldn’t be more honoured to also give people a chance to win their very own bedroom makeover.”

The winner of the competition will be announced on Barbie’s Facebook page on 6th November at the Barbie Dreamhouse Party.

Barbie Dreamhouse is currently featuring in a campaign with Smyths Toys, where a video shows the retailer’s mascot, Oscar, taking a tour of the property.