Following huge success for the brand in 2021, the latest MonsterVerse Collection will include all new figures and new look packaging. 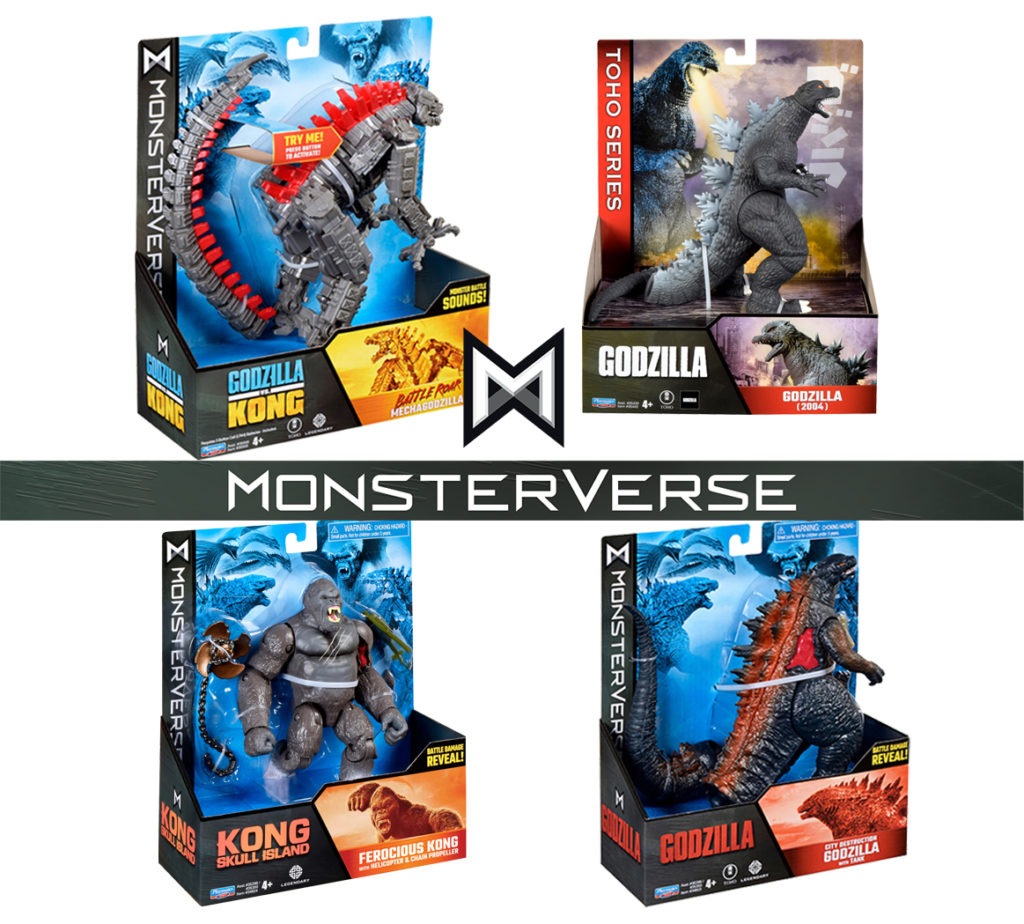 In what looks set to be another monster year for Flair GP and Playmates Toys’ MonsterVerse licensed collection, a host of new characters and lines will be launched over the coming months, and a rebrand and packaging refresh will roll out across the range.

Popular with both kids and adult collectors alike, MonsterVerse is a multimedia franchise and shared fictional universe that features Godzilla and King Kong. Brought to life in the toy aisle by Playmates Toys, and distributed in the UK and Ireland by Flair GP, this is a collection that allows fans to recreate and immortalize the various appearances of these legendary beings.

This year, there will be a raft of new characters and SKUs to collect, all of which will be presented in brand new packaging that will hit shelves imminently. The new, stand-out look will see the collection presented holistically under the MonsterVerse umbrella brand, which includes all Legendary properties, such as Godzilla vs. Kong, Kong: Skull Island, Godzilla: King of the Monsters, Godzilla (2014) and more.

Among the first new lines to take on this new look are the 6-inch Hong Kong Battle Godzilla and Hong Kong Battle Kong With Axe figures, which will be promptly followed by the Deluxe Transforming Titan Tech Godzilla and Titan Tech King Kong Figures this summer. These figures are inspired by Anatomech technology and can be transformed from their original form into a super armoured version.

In autumn/winter this year, a new concept for the collection, The City Battle Diorama and Figures Set, will bring to life the Hong Kong City Destruction scene from Godzilla Vs. Kong. It comes with exclusive movie figures and a full-scale diorama play environment. Plus, there will be a new 6.5-inch Classic Toho figure, Shin Godzilla and fresh additions to the 6-inch Basic Figure Monster collection: Godzilla from 2014’s movie and Ghidorah from 2019’s King of the Monsters.

These monster developments follow Flair GP’s success with the brand in 2021, a year in which retailers enjoyed sell-out success with each and every launch.

Julia Cake, country manager, Flair GP said: “MonsterVerse continues to be a key priority for Flair this year. It’s a licence that has great heritage, continued innovation and an immense fan following and we’re so proud to be a part of it. We aim to continue this success with the vast amount of new items for 2022, including fresh themes, characters and concepts. Add to this the awesome new look for the packaging, and an impactful 360-degree campaign that includes TV, digital and influencer support, and we’re excited to see just how far we can take the collection this year.”

For more information on the collection, contact the Flair GP team on 0208 643 0320 or email sales@flairplc.co.uk.