The new deal, which covers the US, Canada, New Zealand, Australia and South Africa, follows a UK distribution deal signed in February between Matt Edmondson’s Format Games and Asmodee. 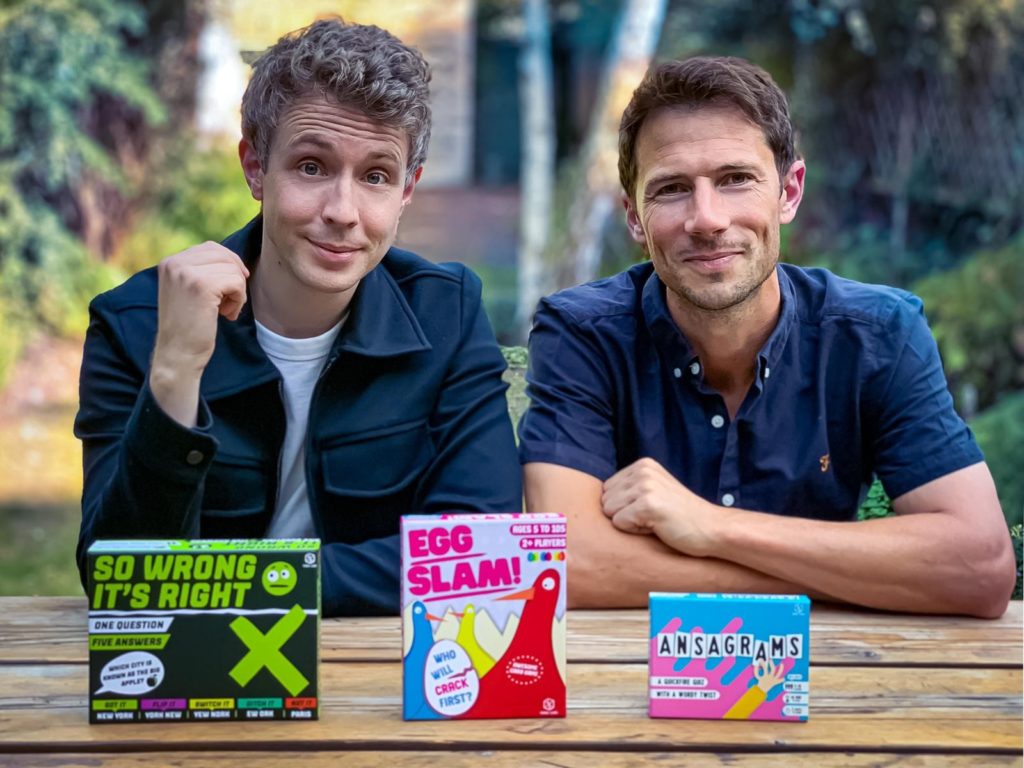 Television and Sony Award-nominated radio presenter Matt Edmondson established himself as a board game inventor when he created the party game Obama Llama. Last year, he followed it up with the sold-out-success Ansagrams, which he published independently.

During lockdown, Matt used his creative energy and experience of designing games to come up with new ideas. Along the way, he also taught himself graphic and packaging design, copywriting and learnt about the games’ manufacturing process – everything needed to bring the games to market independently. Partnering with his brother-in-law, businessman Laurence Emmett, the pair founded Format Games and are set to launch two new games this year: colour-mixing card game, Egg Slam, and the immensely replayable trivia game, So Wrong It’s Right.

Format Games’ credibility as an indie games label has been given the seal of approval by Asmodee, which first signed it up for UK distribution in February 2021. Seeing the potential of Matt’s designs, and recognising the worldwide appeal of the game formats, August saw Asmodee follow this up with an exclusive global distribution deal covering the US, Canada, New Zealand, Australia and South Africa.

In the UK, word game Ansagrams is now distributed by Asmodee to a number of major and indie retailers including John Lewis and Waterstones, while Egg Slam and So Wrong It’s Right make their high street debut exclusively at John Lewis for autumn/winter 2021. All three games will launch in other global territories through Asmodee in spring/summer 2022, along with a fourth new game, Noggin, which will also be available in the UK next year.

“We’ve likened the experience to a couple of guys taking up busking on Monday, then being signed by a major label for a five-record deal by Friday,” commented Laurence Emmett, co-founder of Format Games. “Matt came out of lockdown with a raft of game ideas, ready to bring to market and – thanks to last year’s success with Ansagrams – Asmodee could see the potential of our whole portfolio. We know we’re in great hands with such a stellar distribution partner globally and can’t wait to see all our titles becoming firm favourites with families and friends all over the world.”

Matt Edmondson added: “Lockdown gave me the perfect opportunity to explore my potential even further as a games designer; I was finding inspiration everywhere, but particularly during the extra quality playtime I had with my young daughter, Ivy. In fact, it was her fascination with colour mixing that led to Egg Slam. My own love of social gaming also played a part too, with So Wrong It’s Right being born from a need to create a game that can be played repeatedly but is never, ever the same. I’m excited to see people of all ages discover the wealth of different play experiences that Format Games has on offer and am thrilled that Asmodee has picked us up at such an early stage of our life.”