The inducements were paid by a toy company which had received orders of over $20m over a seven year period. 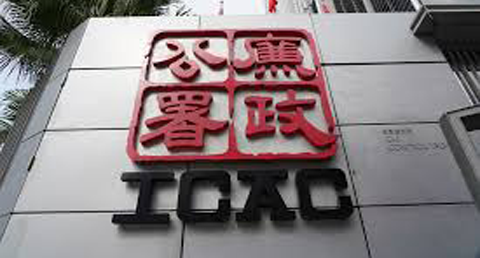 A former sourcing manager of Tesco, charged with bribery by the Hong Kong Independent Commission Against Corruption (ICAC) has been sentenced to three years’ imprisonment for accepting bribes totalling over $615,000 in illegal rebates and loans from a toy supplier for placing orders worth over $20m.

Pang Chun-kin, 39, former sourcing manager of Tesco International Sourcing Limited was ordered to pay over US$390,000 as restitution to Tesco Sourcing, which was equivalent to the illegal rebates received by the defendant. Although the defendant did not orchestrate the bribery scam, his culpability was adjudged to have equalled that of the instigator, as the scam involved a substantial amount of bribes and lasted over seven years.

The court heard that the defendant joined Tesco Sourcing in 2006 and was promoted to sourcing manager in 2015. He was responsible for placing orders with suppliers, designated and agreed by a senior buying manager of a sister company of Tesco Sourcing stationed in the UK, for its parent company.

Between March 2011 and October 2014, illegal rebates totalling around $500,000 were paid to the defendant and the senior buying manager in relation to business transactions between the toy supplier and Tesco Sourcing totalling $16m.

The defendant shared about half of the illegal rebates with the senior buying manager by paying cash to the latter when he visited Hong Kong. It is believed that the buying manager left Tesco in 2017, but it is unclear whether he was prosecuted in the UK.

The court heard that the corrupt practice continued after the senior buying manager left the sister company in 2017, but the agreed percentage of illegal rebates was lowered to 1-2% of the amount of orders placed by Tesco Sourcing.

The defendant’s share of illegal rebates, totalling around $45,000, was offset as partial release of a loan of $100,000 which the defendant borrowed from the operator of the toy supplier in March 2015.

Tesco Sourcing, its parent company and the sister company concerned are all said to have rendered full assistance to the ICAC during its investigation into the case.

Earlier this year, ICAC charged a different sourcing manager with Tesco International Sourcing Ltd for accepting illegal rebates; on that occasion, the manager was responsible for placing orders for cookware with suppliers. He was accused of conspiring with two people, a senior executive of a cookware supplier of Tesco Sourcing, and a middleman who introduced the supplier to Tesco Sourcing, to accept over HK$3m as an inducement for placing purchase orders from the supplier, between April 2014 and December 2019.