Funko and Hasbro partner on My Little Pony NFTs

The deal will see Funko release 360,000 Digital Pop!s based on Hasbro’s most popular My Little Pony characters. 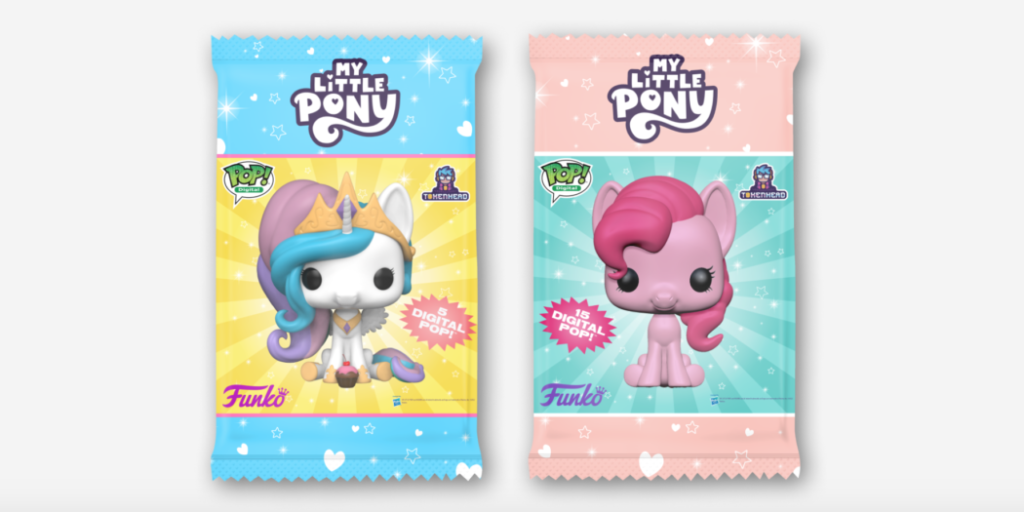 The pop culture and collectibles specialist Funko has partnered with Hasbro on a deal which will see it produce and release sought-after NFTs based on the iconic kids property My Little Pony.

Set to drop on 28th June on Funko’s NFT platform Droppp.io, the collection of 360,000 My Little Pony x Funko Digital Pop!s spans fan-favourite characters including Rainbow Dash, Pinkie Pie, Princess Luna and more. The digital collectibles will show the characters in the highly stylised form Funko has become known for, and will be available at a range of price points: a standard 5-pack will cost $9.99 while Premium Packs of 15 will be $29.99.

Each pack contains a completely random assortment of My Little Pony Digital Pop!s. Fans will also have the chance to discover special rares that can be redeemed for free, limited edition figures.