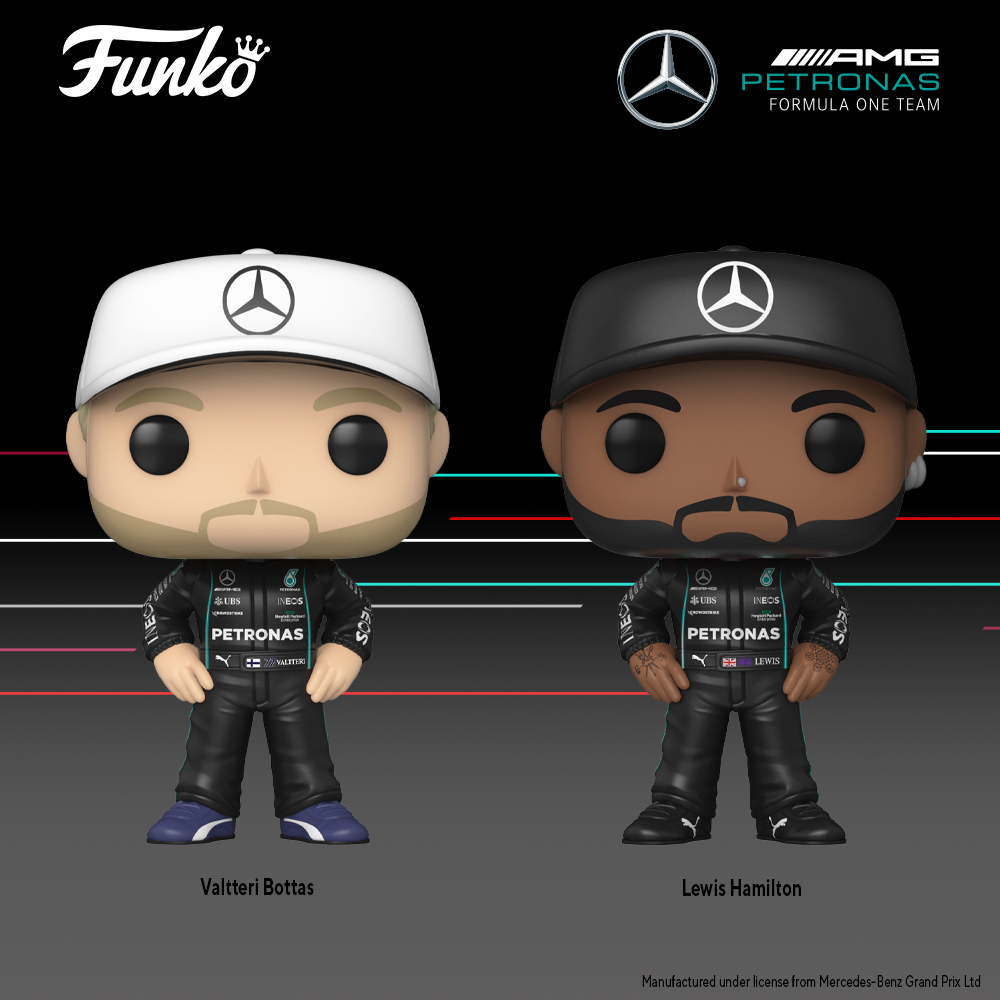 Funko’s collectibles have arrived just in time to coincide with the start of the 2022 season, allowing fans of the sport to celebrate by purchasing their favourite Mercedes-AMG Petronas Formula One Team star in Pop! form. Each Pop! vinyl of Lewis Hamilton and Valtteri Bottas come decked out in their 2021 custom race overalls and detailed caps displaying the Mercedes logo.