Funko has partnered with Popcultcha to release the figures, which depict a firefighter comforting a koala. 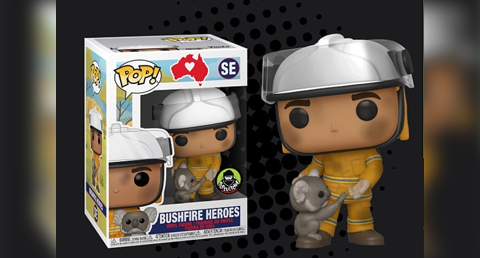 Funko has stated that all proceeds from the limited edition Bushfire Heroes toys will go to the RSPCA National Bushfire Appeal to help animals suffering after the devastating bushfires.

‘The RSPCA is working alongside government and emergency agencies, veterinarians and local authorities to provide much needed equipment and supplies, emergency care and identifying and assessing injured animals in need of assistance,’ the toy’s description reads.

Koalas around the country have been decimated through this year’s bushfire season. A parliamentary inquiry on Tuesday heard that 85% of the koala population in Port Macquarie on the New South Wales mid-north coast has been lost in the bushfires.