Funko welcomes new chairman of the board

Charles Denson has been appointed as Funko chairman while new CEO Andrew Perlmutter will also join the board of directors. 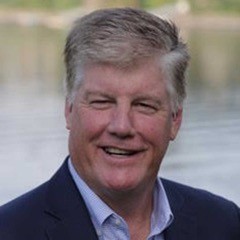 Funko has announced that Charles Denson’s appointment as chairman is effective immediately, as he replaces Ken Brotman of ACON Investments, who will continue to serve as a board member.

“I feel very privileged to take on this role at such an exciting time for Funko,” commented Charles. “The company is at the centre of fan culture and innovation in consumer products, and the opportunities ahead for Funko are massive.”

At the same time, chief executive officer, Andrew Perlmutter, who was appointed to the role on January 3rd and succeeds chief creative officer Brian Mariotti, will join the board, replacing Gino Dellomo of ACON Investments.

“I’m thrilled for Charlie to step into the chairman role,” commented Andrew. “His expertise in digital commerce and building leading global brands make him ideally suited to help accelerate Funko’s next phase of global growth.”

Brian Mariotti added: “Charlie has been an integral member of the board and brings decades of experience in retail and product innovation. I look forward to continuing to work alongside him on our board of directors as he steps into the role of chairman.”

Charles Denson is president and chief executive officer of Anini Vista Advisors and has served on the Funko board since its formation in 2017. After receiving his marketing degree from Utah State, he spent 35 years at Nike, where he held multiple positions, including time as vice president of United States and European sales, and serving as president of the Nike brand for 13 years.