By taking part in the annual Follow the Seagulls trek on the Isle of Wight, Clive and his fellow walkers have raised a substantial amount for the charity. 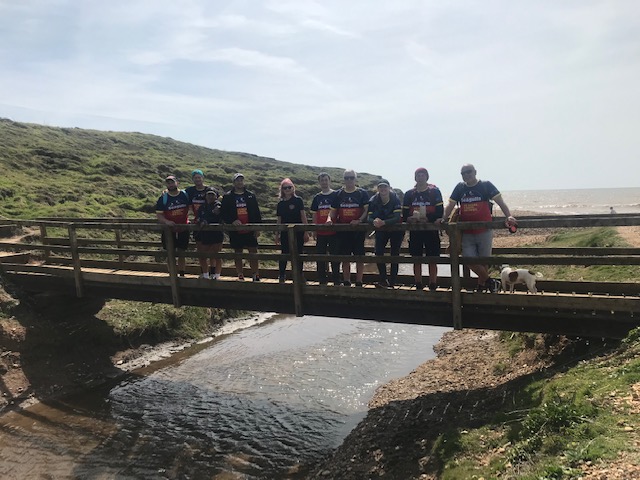 Geomagworld’s MD Clive Wooster has once again led the Follow the Seagulls walk around the Isle of Wight. The event took place on 9th and 10th April in support of the Brainstrust Brain Tumour charity. Clive and 12 others walked 27 miles on day one, followed by 23 miles on day two, around the Island’s Coastal Path. Passing through all types of terrain, from woodlands to seafront promenades and the top of towering cliffs, the group finally finished the trek at 4.30 pm on Sunday 10th April.

“Many people claim to be unimpressed and say to me that the Isle of Wight is quite flat,” Clive told Toy World. “I can categorically tell you it is not – I can barely remember a stretch where we weren’t climbing or descending. Although we await confirmation of the final number, we know we have raised a substantial amount for Brainstrust and would like to express our thanks to all those toy industry folks who supported us with their traditional generosity.”

Clive started the walk with a friend in 2010, covering the 75 miles around the Isle of Wight in three days and raising £200. 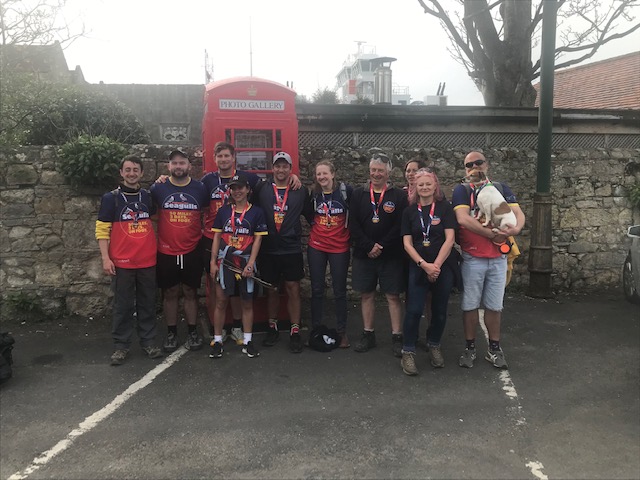 “We have come quite a way since then both in terms of participants and the amount we raise,” said Clive. “We get a lot of support and the walk has developed into quite an event.”

As well as taking place annually on the Isle of Wight, the fundraising event has now extended to treks in Whitby in North Yorkshire, the Fife Coastal Path in Scotland and Dartmouth in Devon, all raising vital funds and awareness as participants take on 50 miles, over two days, by foot in each location.

To find out more about the work of the Brainstrust charity, based on the Isle of Wight, or any of the other walks taking place, click here.