Gibsons heralds the return of Kingmaker

This year, following much anticipation, Gibsons has announced that it is relaunching its popular tabletop strategy game, Kingmaker. 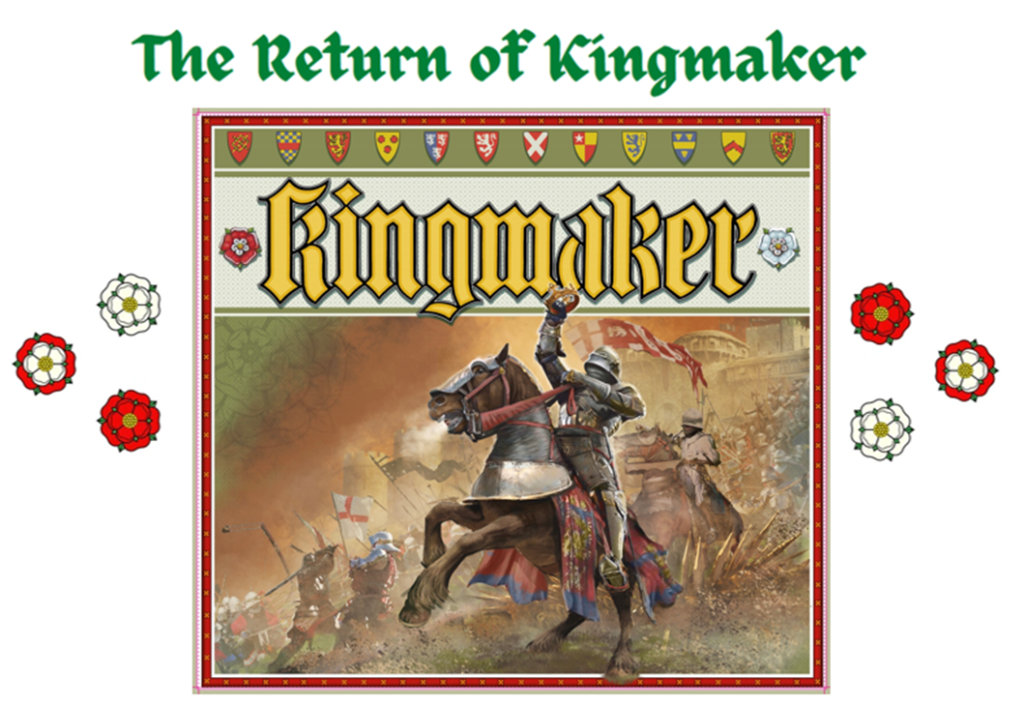 First launched in 1974, Kingmaker simulates the Wars of the Roses, the period of sporadic civil war in England between 1450 and 1490. Invented by the late Andrew Macneil, the game is based on the premise that the powerful noble families used the Lancastrian and Yorkist princes as pawns in a greater game of gaining control of England. Players oversee ‘factions’, using their military and political power to control and influence the royal heirs, and supporting the heir in their control as king while trying to take down all of the other heirs. Kingmaker is a game of manipulation, deception and unforeseeable incidents, making each game as unpredictable as they are fun.

Although this game has been enjoyed by many for decades, the original game had some shortcomings and fans have long requested a new and improved version which sees these resolved. After taking everything on board, Gibsons is now able to report that a brand-new version of Kingmaker will arrive in autumn 2022.

Marketing manager Samantha Goodburn commented: “We are beyond excited to relaunch this epic game, especially as it has retained its popularity over the last 45 years. Fans have asked us countless times for a redesign, so our aim is to improve upon the original version as well as streamline the gameplay of this much-loved classic.”

Gibsons is working with a Kingmaker expert, Alan Paull from Surprised Stare Games, to help develop the new and improved game. The biggest change is that Kingmaker II will now offer four games in one, and the board will be double-sided so that players can still enjoy the original game should they wish to. There will also be an extended version of the classic game, and a revised, shorter version. All versions will also benefit from physical changes that will significantly improve playability: for example, new coloured counters and a board with updated symbols will offer better visibility when playing.