Gibsons has launched three new jigsaw puzzles to mark Her Majesty The Queen becoming the first British Monarch to celebrate a Platinum Jubilee. 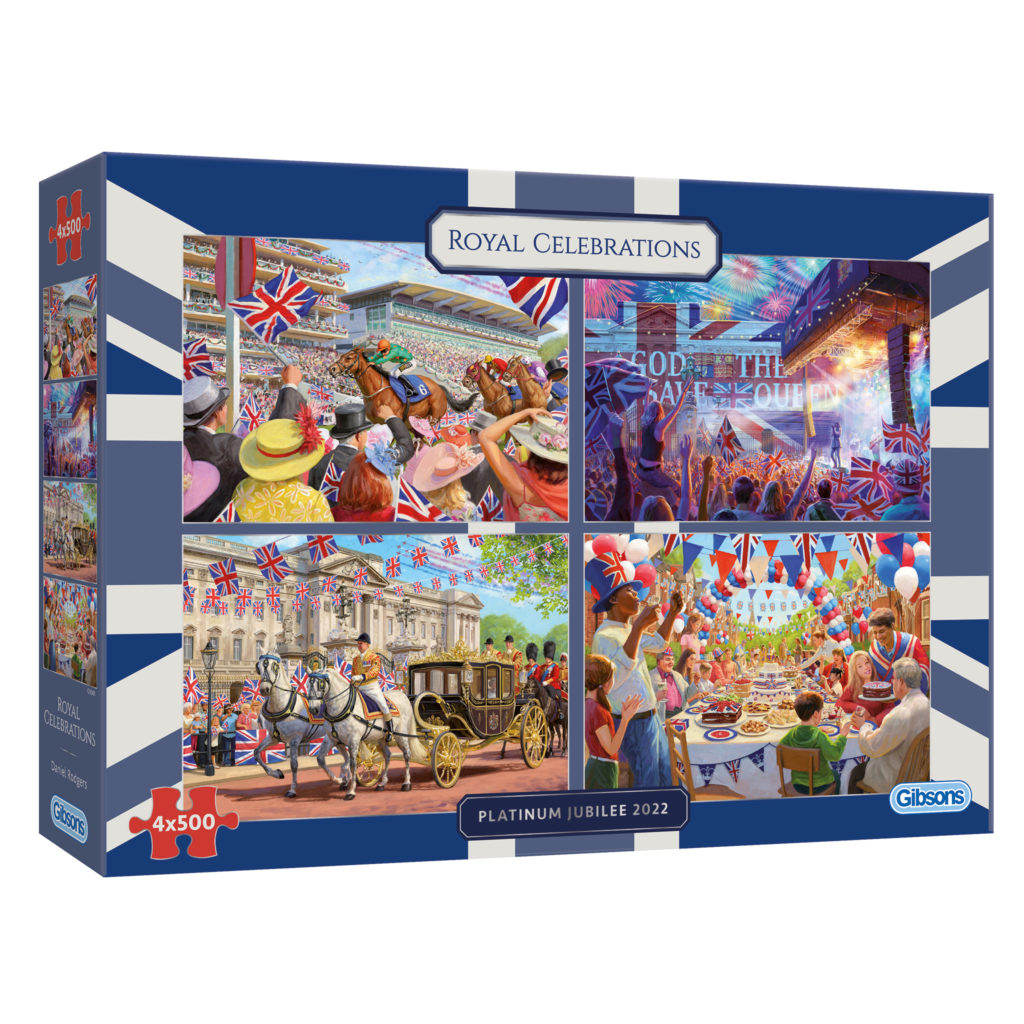 On 6th February 2022, Her Majesty The Queen became the first British Monarch to celebrate a Platinum Jubilee, seventy years of service, having acceded to the throne on 6th February 1952 when she was just 25 years old.

In celebration of this historic occasion, Gibsons has launched three new royal-themed jigsaw puzzles. These include:

All three puzzles are available to purchase now. Retailers interested in stocking them should contact their local sales agent or email sales@gibsonsgames.co.uk to place an order.