The Giochi Preziosi toy line inspired by the new animated TV series will be on shelves from autumn 2022. 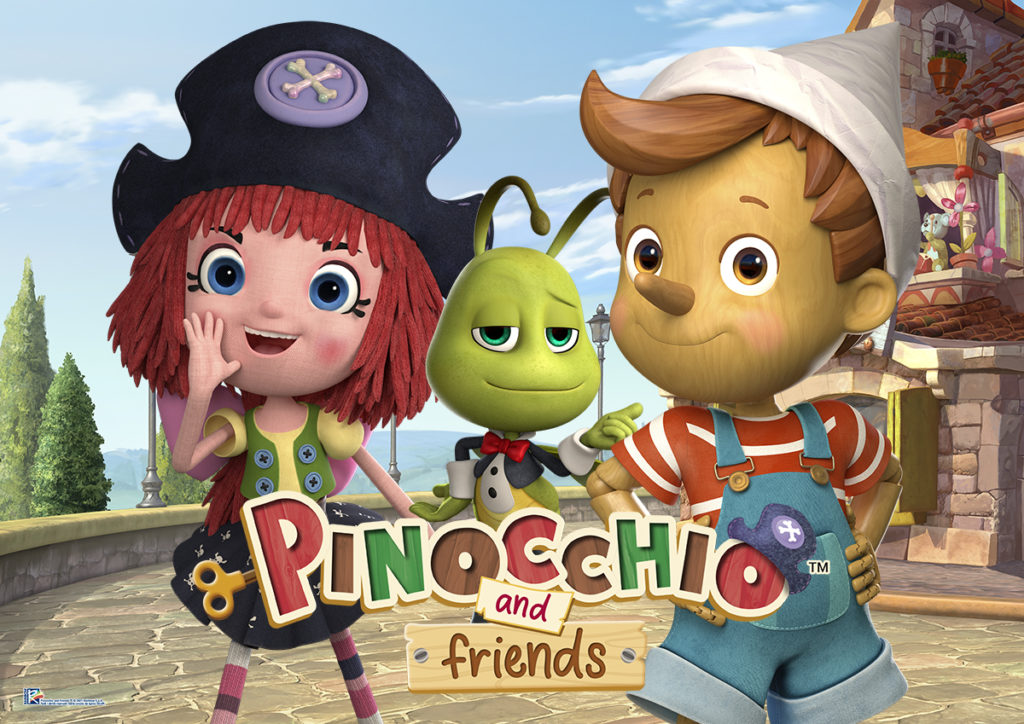 Rainbow and leading toy company, Giochi Preziosi, have signed a partnership for the master toy line inspired by Iginio Straffi’s latest animated hit Pinocchio and Friends. The show is already airing daily on Rai Yoyo and has been very well received since launching.

Giochi Preziosi will initially distribute the line in Italy with a roll-out strategy that will bring action figures, dolls, play sets and plush toys based on the show to shelves starting next autumn. The agreement gives the company the option of extending the agreement to other European countries and perhaps even further afield, where it is already well established thanks to the wide international reach it has enjoyed for years.

Giochi Preziosi says it will invest significantly in the development of the new Pinocchio and Friends line, as well as in marketing and communication activities to support the launch and raise brand awareness.

“We are thrilled to collaborate with Giochi Preziosi, a historic partner and Italian reference point for almost half a century in the toy sector,” says Rainbow’s founder and CEO, Iginio Straffi. “Developing together the toy line for a series full of inspiring features like Pinocchio and Friends is a great opportunity and will bring a touch of freshness, colour and fun to the daily lives of our children.”

Giochi Preziosi’s chairman Enrico Preziosi added: “When I came across this opportunity, I didn’t hesitate – it’s always a pleasure to create product lines inspired by the great tales of our cultural and literary tradition, as well as to work with Italian companies such as Rainbow, with whom Giochi Preziosi has been building and consolidating solid partnerships for years now. I really appreciated Iginio Straffi’s take on the great classic ‘Pinocchio’. I think it is a contemporary, funny, ironic and educational series; it reinterprets tradition in a modern key, without losing the charm and core values of the original version.”

The show is an original adaptation based on Carlo Collodi’s timeless classic and created in high quality CGI animation. Aimed at an audience of 4–7-year-olds, Pinocchio and Friends is a series full of adventure, comedy and values conveyed by characters and events faithfully taken from the fairy tale as well as new and exuberant characters such as Freeda, the pirate doll co-starring with Pinocchio.

After its successful release in Italy on Rai Yoyo last November, the series will land in the UK this year thanks to a partnership with the BBC. Pinnochio and Friends will be aired on CBeebies, before continuing overseas to Discovery Kids Latin America.

The partnership signed with Giochi Preziosi is part of a broad development plan for the Consumer Products sector inspired by the show, with licensees already confirmed including Mondadori, Ravensburger, Dolfin, Fashion UK and Ciao.