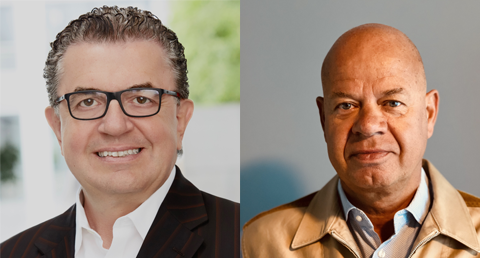 “It has been my honour and privilege to serve this great company for the last 13 years, and I am proud of the Goliath team and all we have accomplished,” said David Norman,” This is the right time for a change in leadership and I have all the confidence that Peter will continue to lead the organization to great success.”

With over 30 years in executive and C-suite roles, Peter Boutros has been the vice-chair of the Goliath Advisory board for the past two years. He recently left Kenmore/Craftsman/Diehard (KCD) where he held positions as president, CMO and head of International. Previous to KCD, he also held roles such as SVP of Worldwide Licensing and Category Management at Disney and president and COO of RSI Development. Peter joins Goliath with immense knowledge and experience in consumer brands in worldwide geographies along with a proven ability to scale organizations.

“It’s an absolute privilege to take the reins from here to lead the local teams and work with our global brand and development teams to expand the already vast portfolio,” commented Peter. “Together we will bring new business opportunities to our channel partners and playful experiences to children and families across the USA and Canada.”

Goliath added that Wiebe Tinga will take over the board seat from Peter. Wiebe spent 35 years at Hasbro in various executive roles including president of North America Sales and Marketing and chief commercial officer.

“I am very excited to join the Goliath Advisory Board,” said Wiebe. “In this role, I look forward to helping bring Goliath’s great portfolio of brands to new heights, fostering further investments in its talented team and to expand Goliath’s global infrastructure”.

Jochanan Golad, Goliath Group CEO, added: “Welcoming Peter Boutros and Wiebe Tinga to the Goliath team will allow us to continue to build on the success and play an integral role in taking the company to the next level.”