The independent store has closed after trading for under a year. 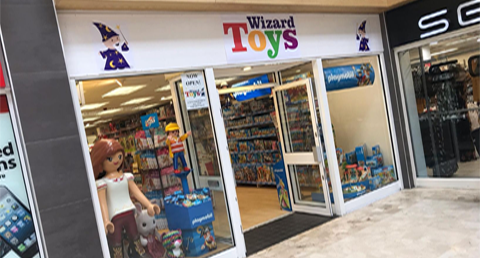 Wizard Toys opened in May 2019. Located in the Isaac Newton Shopping Centre, the store was owned by Dave Westermen and James Colclough, who set up East Midlands Toy Company after being made redundant from previous retail jobs.

The pair opened a collection of toy shops in towns including Melton Mowbray, Newark and Bridlington, before the latest store in Grantham. The Grantham location was chosen as an area with a perceived air of consumer confidence, after a struggling location in York was forced to close after trading for two and a half years due to “extremely challenging trading conditions.”

However, despite initially positive feedback from customers who felt Grantham had been missing a traditional toy shop with personal levels of service, the decision has been taken to close the store.