James will take charge of the studio’s successful range of BrainBox educational games, alongside other projects. 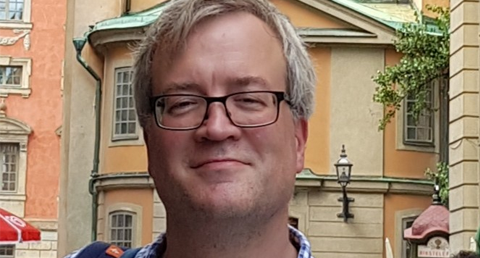 The appointment marks the next step in a new era for Green Board Games (GBG) following its acquisition by the Asmodee Group in 2019 as the company’s first UK-based game studio. GBG is best known for its BrainBox titles, which offer 10-minute trivia challenges on subjects from maths and science to animals and even football.

James has enjoyed a career that has brought him direct experience of almost every part of the games industry. As a games designer, he is best known for the storytelling card game Once Upon a Time, which is now available in 12 languages and is frequently utilised as a learning tool by TEFL teachers.

He founded and ran Hogshead Publishing, the UK’s largest publisher of role-playing games in the 1990s, and has distinguished himself as a journalist, a writer of 17 books, and most recently a lecturer on games design at London South Bank University and the National Film & Television School.

“Being studio head at Green Board Games is a dream job for me,” says James. “The strength of the BrainBox line gives us a great foundation to explore new areas where games and learning come together and being part of Asmodee lets us plan big. I can’t wait to get started.”

The full BrainBox range is available to retailers through Asmodee UK.