Green News – our latest round up

With so many eco-friendly and sustainability developments taking place in the toy industry, Toy World rounds up the latest Green news. 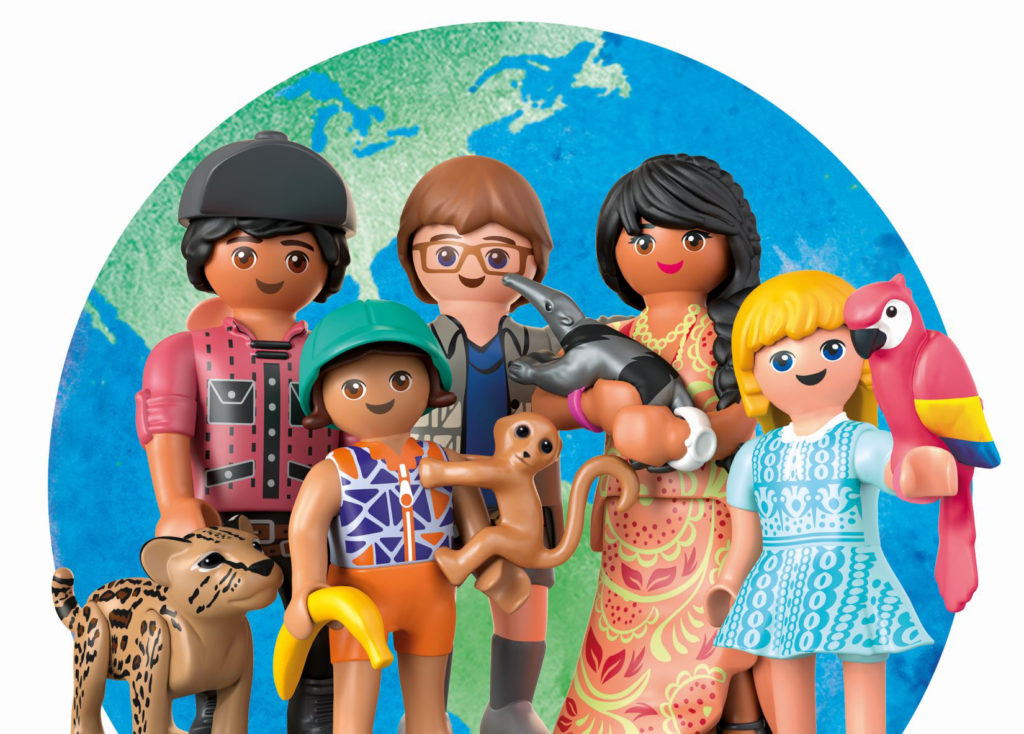 Playmobil‘s 2022 product highlights reflect how the company is already acting sustainably. New theme Discover the Planet, which will be launched this year with an extensive, newly developed product range, consists on average of 80% sustainable materials, including post-consumer recycled materials and bio-based plastics.

Kids can play with, learn about and collect various Playmobil figures of people and animals from around the world and discover the Amazon rainforest, which is vital to the ecosystem.

Recyclings from Vivid Goliath and Headstart has already racked up 1.2m views on its YouTube channel; Vivid says this engagement with the digital content is a massive show of support of the consumer appetite for this growing ecosegment.

The world’s first collectible to be made from recycled plastic, Recyclings is available now, backed by a comprehensive marketing campaign that launched in February. Each Recycling saves on average five bottle caps from landfill, which not only means guilt free collecting but also educates kids on sustainability.

In the first year of its commitment to plastic free packaging, Zapf Creation has cut production of single-use plastic by over 65 tonnes – the equivalent weight of ten African elephants. The company remains on target with its commitment to have all products in plastic free packaging by the end of 2022, across not only the UK, but the whole of Europe.

Suitable from 18-months, the Eco Plush collection is made entirely from recycled materials, including the fabric, filling and thread, and is displayed within an FSC certified platform box. Character Options is poised to introduce further developments to the range, including more new licences that will be announced for the second half of 2022.

Dantoy’s latest new toy line, Blue Marine Toys, is made from recycled maritime gear. At the company’s own factory in Hobro, Denmark, it is transformed into a collection of sand and waterplay toys. Directly inspired by the material they are made from, the collection features colours and shapes inspired by sand, water, corals etc., which the development department at Dantoy believes add an extra dimension to the new line. 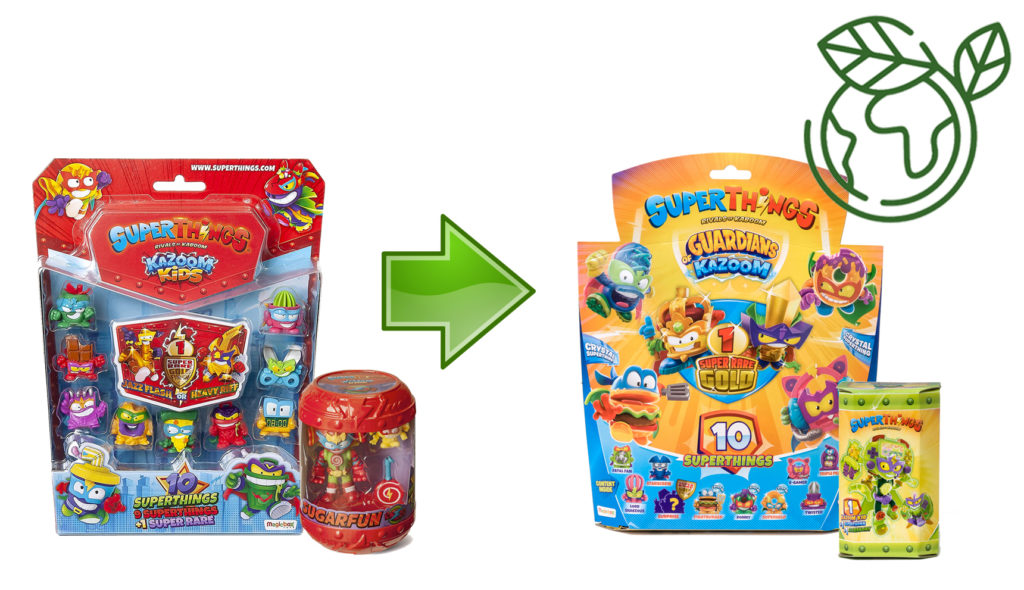 Magic Box Toys has confirmed that it has begun phasing out plastic from its product packaging, including plastic elements such as blister packs and foil bags.

The first range to feature more than 85% plastic-free packaging is the latest SuperThings series, Guardians of Kazoom, which offers kids 80+ new SuperThings characters to collect. The move has created an attractive new on-shelf look for SuperThings.

This is just a snapshot of the lines and initiatives which appear in the Green News section. For more detail, see the full feature, which appeared in the March edition of Toy World, here.