Puzzle doyen Robert Longstaff is looking for a good home for the equipment. 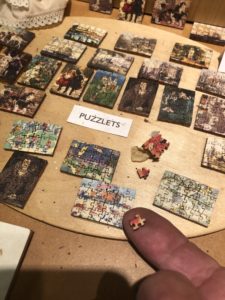 With puzzles enjoying a major resurgence in recent months, an opportunity has arisen to take ownership of ground-breaking laser-cutting machinery, based here in the UK.

Back in 1977, Robert and Yvonne Longstaff gave up their careers in science to follow a passion for designing and making items in wood in ways that had not been done by hand before. The company joined the BTHA soon after and exhibited a range of wooden toys and puzzles that proudly sported the coveted Design Centre triangle at London and international toy fairs.

A few years later, after working with educational suppliers, high street major accounts and top brands around the world, another leap of innovation was needed to keep up with demand and increasingly sophisticated designs. Utilising their knowledge of science, experiments were made in waterjet and laser cutting, resulting in the world’s first non-metal cutting laser workshop in 1986, specialising in wooden puzzles for all ages, special needs and educational products. 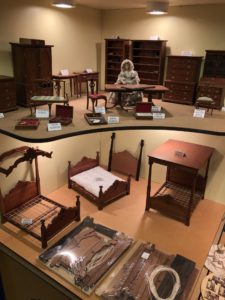 Just before completion of a proposed buyout deal in 2011, disaster struck – quite literally – when the workshop Robert was working alone in was struck by a freak electrical storm. The lightning strike causing extensive damage to the building, machinery and to Robert personally. The insurance rebuilt the machinery quicker than rebuilding Robert, and he decided to pass the business and equipment on to a charity which trained long-term unemployed and handicapped employees on a 5-year licence while recovering.

That period has now ended, and the charity no longer has the funding to continue with the project, so the business is back in Robert’s hands. The equipment needs to be removed from its current location quickly, giving rise to an opportunity for a toy company to step in and take ownership of this innovative, ground-breaking technology. Toy World understands that Robert is not looking for a huge sum in return: he is keen for the machinery to live on and be put to good use.