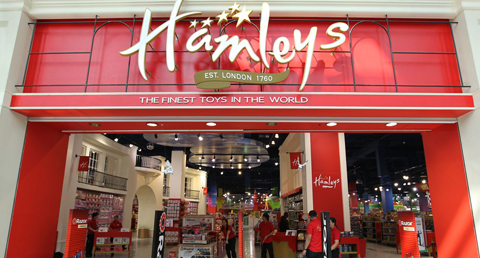 The chain is seeking to reinvigorate the Hamleys brand, after failing to make a profit for a number of years. Ambitious plans are in place to quadruple its outlets in India to more than 500 in three years. The region has been identified as a main growth market, and will round out planned growth in the European, South African and Chinese markets.

Mukesh Ambani bought Hamleys in 2019 to strengthen the retail portfolio of Reliance Industries, and is now looking to tap into what he sees as an inadequately serviced sector of India’s almost 1.4b population, of which about 27% are children under 14. The country accounts for just 1% of the $90b global toy industry, meaning there is huge potential for growth.

“There is a lot of headroom and India is no way near saturation,” commented Darshan Mehta, chief executive officer of Reliance Brands. “We are now mulling how we can roll out stores in newer geographies and new formats.”

In India, with its densely packed cities and limited entertainment options, Hamleys’ unique hands-on retail environment is hoped to offer new appeal to consumers. Although the pandemic has seen parts of India’s economy suffer, Darshan Mehta believes that the toy industry is largely recession proof, and said that a range of prices appealing to buyers of modest means as well as the more wealthy make Hamleys an “elastic brand,” ideal for the territory.

Improving online sales is key to avoiding the fate of other high-end toy chains, according to Reliance. Covid-19 has accelerated the group’s digital strategy, and 30% of Hamleys’ sales are expected to come from online orders within five years. As part of this strategy, the group is building shopping portal Jiomart, to take on rivals such as Amazon and Flipkart. To this end, Reliance Industries has joined forces with Facebook and Google as investors.

The onset of the pandemic, just months after Reliance took control of Hamleys, has severely impacted the toy retailer in the UK, where it runs 21 outlets. However, Darshan is confident that the UK operation will “come out very strongly”  following the easing of retail restrictions. The pandemic also put on hold plans for Hamleys to expand in the US market, although it is hoped these will come to fruition in the future. At present, the company is targeting an initial wave of 50 new stores in India, as well as outlets in the US and European tourist destinations, as soon as travel restrictions are fully lifted.