Sara Davies MBE challenges kids to a game of My First Monopoly in new content that marks the launch of the first-ever edition dedicated to teaching kids about money. 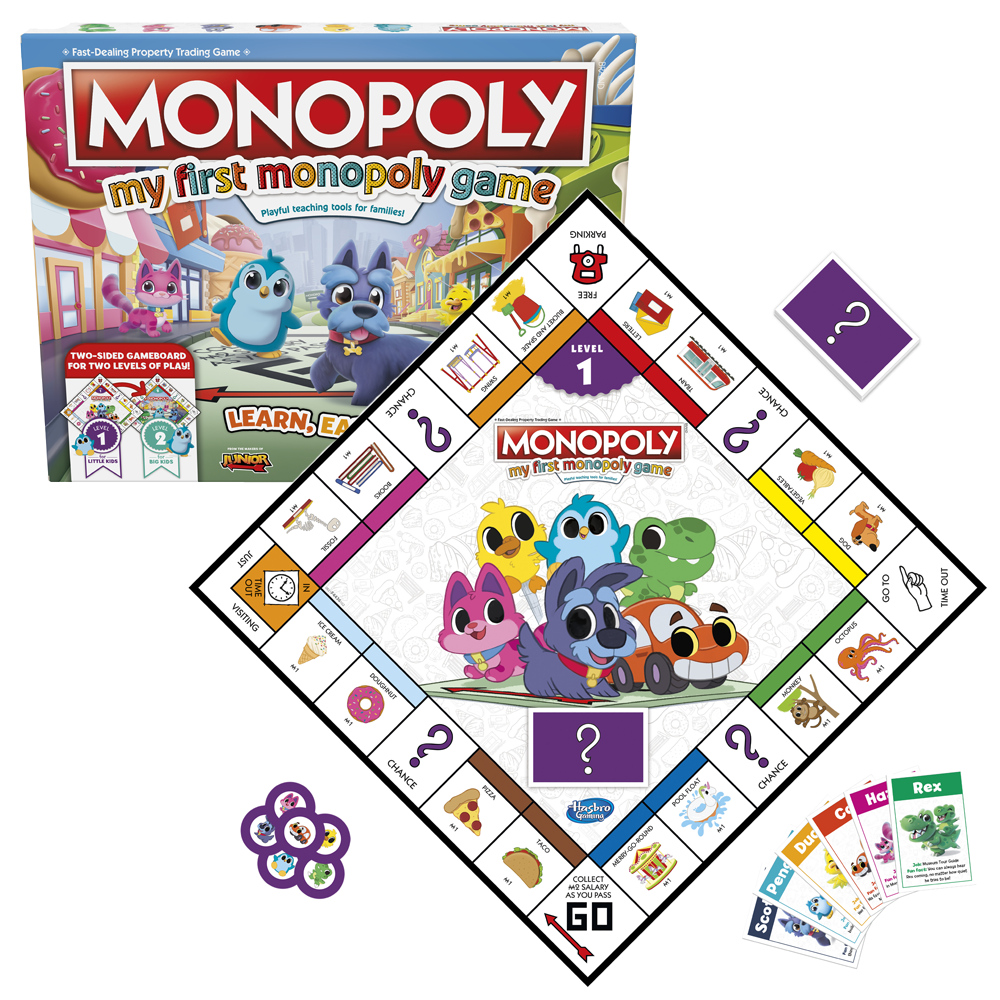 Sara Davies MBE has teamed up with the Monopoly brand to launch its latest edition, My First Monopoly, a fun, educational board game for young tycoons in the making.

Hasbro’s My First Monopoly is a fun teaching tool for families. The game features a double-sided board offering two levels of play, so the players can decide which level is right for the whole family. One side is recommended for kids ages 4-5, and focuses on counting and matching, while the other side is more advanced, focusing on reading and simple maths, and is ideal for kids aged six and up.

Instead of Mayfair and Green Park, players compete to own child-friendly properties such as a waterpark, pizza restaurant and zoo. To mark the launch, Sara is featured in a new a tongue-in-cheek clip that grants viewers behind the scenes access as she moves around the My First Monopoly board, buying as many properties as she can in an attempt to defeat her two young rivals. Sara quizzes her competitors on their business credentials and what qualifies them to own particular establishments, before executing the deal and handing over the deeds – with humorous results.

“Parents can play a vital role in financial education by talking to their children about money,” said Anne Leonhardi, marketing director North Europe at Hasbro. “My First Monopoly gives children the chance to put mental arithmetic in practice outside the classroom and pick up vital money skills in a fun and playful way.”