The first Transformers X Jurassic Park product line to be revealed from the new collaboration is Tyrannocon Rex and Autobot JP93. 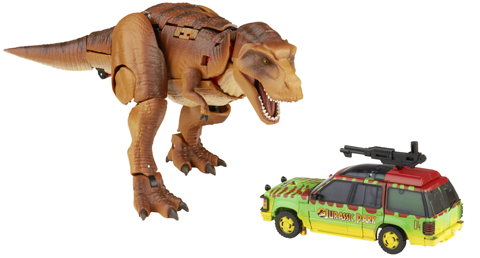 Transformers robots have always been billed as having More than Meets the Eye, but now, through the Transformers Collaborative, fans can experience these larger-than-life characters as they team up, mash up and meet up with other characters, teams and people who share this same special quality. It is a world of constant change where things are not what they seem. 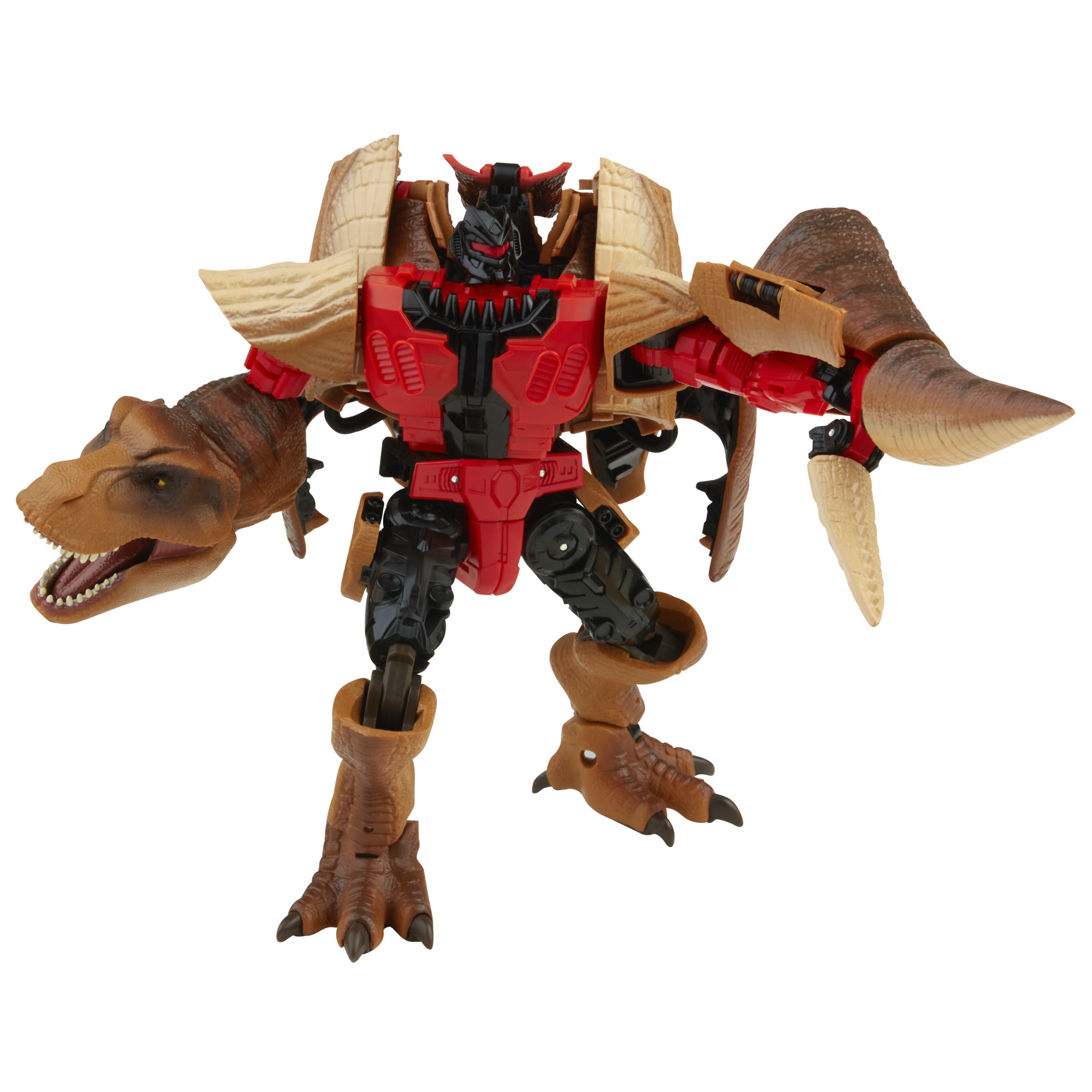 With the new Transformers X Jurassic Park line, kids can play out scenes based on the worlds of both Jurassic Park and Transformers; with Tyrannocon Rex on the loose, it’s up to Autobot JP93 to track her down and stop her from wreaking havoc. Both figures feature a combined 260 unique decos and details inspired by fan-favorite moments from Jurassic Park. The Tyrannocon Rex figure converts into T.rex mode in 27 steps and features detailed moulded dino texture. The figure features an all-new head mould and stands at 7 inches tall.

Fans will also enjoy a nostalgic interpretation of one of the iconic vehicles from the film, as the Autobot JP93 figure converts into licensed Ford Explorer mode in 18 steps. The figure stands at 5.5 inches and comes with a blaster accessory that can attach to the figure in both modes. Dr. Alan Grant and the Game Warden inspired both the JP93 hat in bot mode and the JP93 blaster accessory. 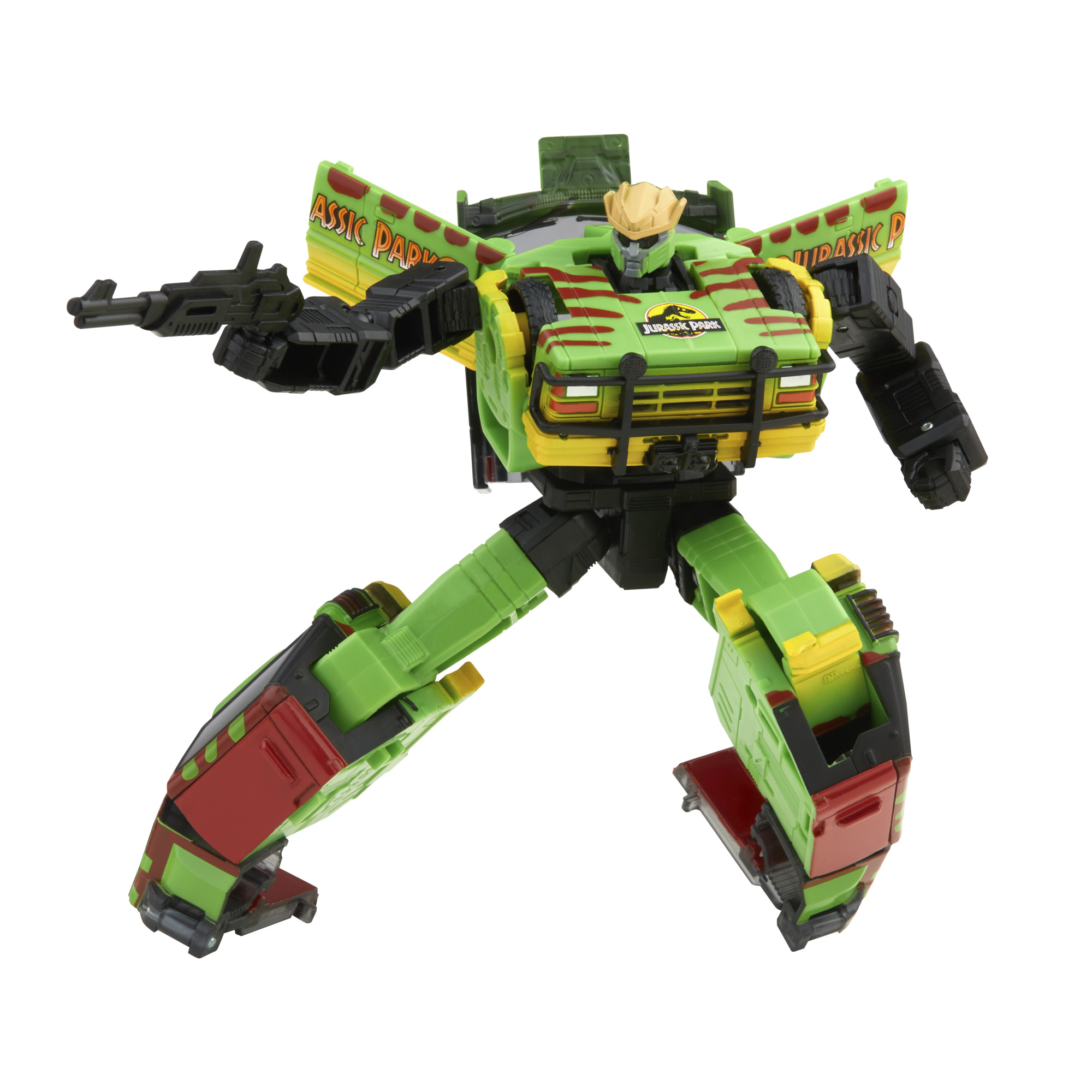 Both figures are contained within packaging inspired by the unforgettable scene in Jurassic Park when the T. rex gets loose from her enclosure and crushes the Ford Explorer. The packaging also includes a cardboard backdrop illustration of the T. rex’s cage, so that fans can recreate the iconic scene, in addition to T. rex footprint graphics on the back of the pack.

The Tyrannocon Rex and Autobot JP93 vehicle pack is available now for pre-order on Amazon.com. A second release of the figure and vehicle pack will be available from December.