A bounceback in its TV and film business helped the toy and entertainment company generate $1.32b revenue during the second quarter of 2021. 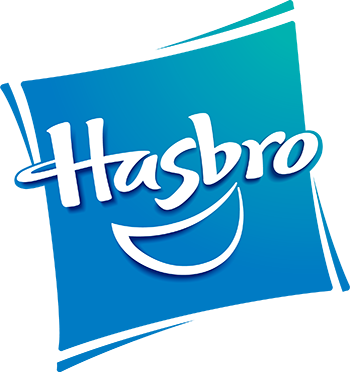 Hasbro has posted a better-than-expected 54% rise in second quarter revenue, helped by a strong return of its film and TV business, which suffered during the pandemic, and a rising demand for its Dungeons & Dragons tabletop game.

The toy and entertainment company also said demand for role-playing and board games, which surged during the pandemic, had also held strong contributing to the $1.32b revenue and £76.6m operating profit for the three-month period ending 27th June. The company’s Wizards of the Coast and Digital Gaming segment revenue more than doubled and entertainment segment revenue was up 47%.

Revenue was boosted by Hasbro’s TV production business benefiting from vaccine rollouts and the easing of restrictions, including the signing of new content deals for children’s shows My Little Pony and Peppa Pig.

Sales of toys based on characters from movie franchises also rose following the release of Marvel’s The Falcon and the Winter Soldier Disney+ series and the Black Widow movie. These and revenue from Hasbro’s consumer products segment, which includes core toy brands such as Nerf and Play-Doh, generated a rise of 33% to $689.2m.

“Hasbro delivered an excellent second quarter, with revenues up 54% versus the second quarter of last year and 9% versus pro forma second quarter 2019,” said Brian Goldner, Hasbro’s chairman and chief executive officer in a company statement.

“Consumer products revenue increased as demand remains robust for Hasbro toys and games and entertainment revenue grew as we are producing entertainment with strong deliveries. The Hasbro team is performing at a high level and supercharging our brand blueprint to drive demand for our brands and content slate as we track to our target of double-digit revenue growth for the full-year and position us for profitable growth not just this year but also in future years,” he commented.

Deborah Thomas, Hasbro’s chief financial officer, added: “Strength across Hasbro’s brands and business backed by strong execution from the entire team drove superb results for our second quarter. As we invest to unlock value from our brands across the blueprint, we are on track to reach our objectives for the year while expanding the reach of our business, reducing debt and paying our dividend. The discipline in our business is evident from the $1.2b in cash we had on hand at quarter end, reporting the lowest days sales outstanding in our recent history, and repaying $250m in debt.”