Najuma Atkinson’s appointment follows the retirement of Dolph Johnson after more than two decades with Hasbro. 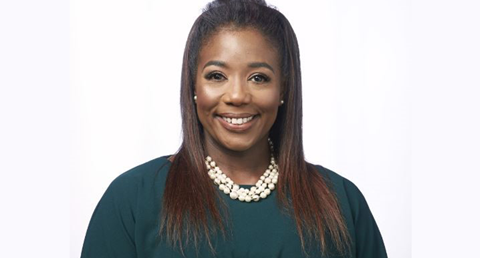 Hasbro has announced that Najuma (Naj) Atkinson has been appointed chief people officer. In her new position, Najuma will lead Hasbro’s global Human Resources organization, building a people and culture strategy that attracts and retains top talent, supporting the acceleration of Hasbro’s brand blueprint. She will also champion the company’s Diversity, Equity and Inclusion efforts, an area where she’s had long-standing commitment, fostering an environment where leaders and team members exemplify Hasbro’s values of treating people with fairness, dignity and respect, and always operating ethically.

“Naj has already been a terrific addition to our team with her global HR experience, digital-first mindset and deep expertise developing talent, and I’m thrilled to continue working with her as chief people officer,” said Chris Cocks, chief executive officer, Hasbro. “She understands the capabilities and new technologies needed to recruit top talent to execute the Hasbro gameplan and position us for future success.”

Chris continued: “On behalf of our Board, senior management team and all of Hasbro, I also want to express my deep appreciation to Dolph for his countless contributions to Hasbro over the last 20-plus years and his transformative work leading our global Human Resources organization and strategy. He has been a loyal teammate, friend and mentor, and we wish him all the best in his well-earned retirement.”

Najuma joined Hasbro in September from Dell Technologies, where she most recently served as senior vice president of Global HR services. Prior to that role, she spent two decades at the company serving in positions of increasing responsibility across Human Resources, Customer Experience and Strategy functions.