Hasbro says the spin off edition of the classic favourite will let players take Christmas family feuds to a whole other dimension. 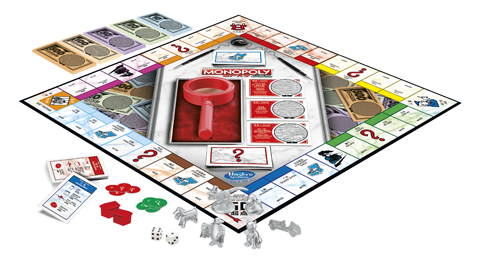 As families gather to enjoy board game fun together this Christmas, Hasbro is acknowledging that things aren’t always what they seem, whether that be in a deceiving game of Cluedo, a challenging answer in Trivial Pursuit or a (not-so) friendly game of Monopoly.

The new spin-off on the classic game, Monopoly Cash Decoder, is an exciting game of hidden reveals which includes fake cash and fake chance cards to add into the mix. To shake things up even further, players have the use of Mr. Monopoly’s special decoder so they can seek out the fakes, but still aim to rule the board and make a fortune.

Suspicious opponents can be put on the spot and challenged using fake accusation coins, which players can choose to keep close to their chests or use to call out their fellow participants for faking it. With a limited number of accusation coins, players must use them wisely.

As in traditional Monopoly, the victor is the one with the most money at the end, but they must then check whether their hoard is real or fake.