HGL Pushpoppers appear on This Morning

Considered by many to be the latest must-have toy, This Morning presenters Holly Willoughby and Philip Schofield got hands-on with Pushpoppers during a segment on the show. 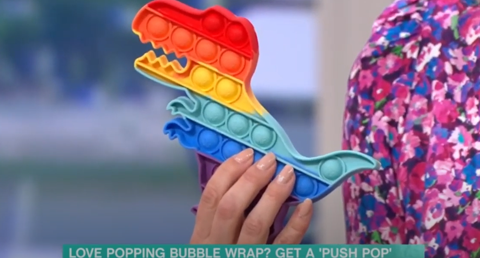 Pushpoppers are officially the latest toy craze, according to the popular weekday breakfast show This Morning. Presenters Holly and Phil enjoyed the tactile fidget toys as part of a segment during the show, with Holly admitting that Pushpoppers, which launched from HGL in March, are currently ‘huge’ in her house, and Phil seemingly taken with the colourful unicorn version he’d been given. A clip can be viewed below.

The coverage reflects the rising demand for the toys reported by retailers across the country. As reported in the May issue of Toy World, Pushpoppers have been best-sellers for Toy Barnhaus, as well as Imagine Toy Shop in Holmfirth and Midco Toys. The rubber ‘mats’, which let kids (and adults) enjoy the relaxing sensation of popping bubbles back and forth, have been a viral sensation on social media platforms such as TikTok, and are a great pocket-money purchase for kids now many toy retailers are back open again. The team at HGL describes playing with Pushpoppers as “strangely satisfying and unputdownable – perfect for stress relief and anxiety in all ages.” 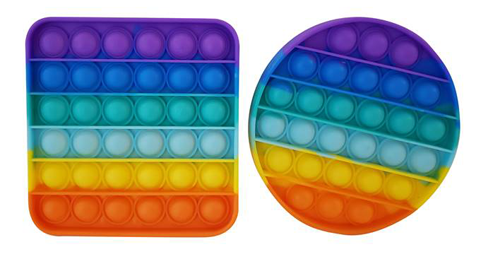 David Mordecai, CEO of HGL, said: “Appearing on This Morning was great PR and we saw an immediate surge in calls as a result. We have ordered around 3m Pushpoppers already, with lots of variations and line extensions arriving throughout the summer. With masses of social media activity going on, and with lots of main stream media too, this particular craze looks set to run for a while.”

In an exclusive interview with Toy World, Toymaster’s retail manager Brian McLaughlin said it’ll be interesting to see what happens next with Pushpoppers now the kids are back at school.

“Pushpoppers from HGL are seeing excellent numbers and are probably the item being mentioned the most when we’re talking to retailers,” he told us. “It’s too early to tell if Pushpoppers will turn into a true craze, but the potential is certainly there. It’ll be interesting to see what happens when the schools go back; the playground is where crazes come to life. All you need is for one or two kids to turn up with them and show them to their friends on the first day back.”