A resurgence of cases in Hong Kong has led to the reintroduction of tighter restrictions. 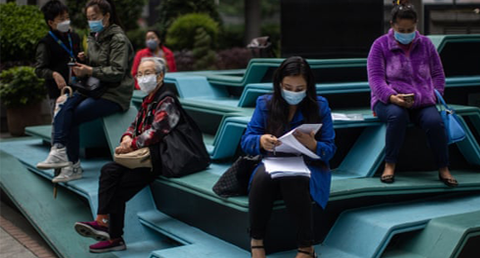 From mid-June to early July, no locally-transmitted cases of Covid-19 were recorded in Hong Kong, leading to a relaxation of lockdown measures in the city. Unfortunately, it was not to last: a spike in local cases over the past two weeks, including two fatalities earlier this week, has led the authorities to reintroduce the tighter social-distancing measures that were previously in force. Officials have said that the city is now battling a third wave of infections, and the government has reacted swiftly in an attempt to combat the spread of the virus.

The government has ordered 12 types of business to close, including gyms, nightclubs, karaoke bars and cinemas. Restaurants have been told to close at 6pm until 5am the next day: however, they can still offer evening takeaways and serve breakfast and lunch. Group gatherings are now limited to four people, down from 50. Hong Kong Disneyland, which reopened on 18th June, has been closed again, while the school year was ended a week early.

Hong Kongers have willingly adopted face masks to deal with the pandemic: however, the authorities have now made wearing face coverings on public transport mandatory for the first time. Those who refuse to wear a mask face a HK$5,000 fine.

There has also been an immediate impact on the business community: the massive Hong Kong Book Fair, which typically welcomes around 9,000 exhibitors and nearly 1m visitors, was cancelled just two days before the event was due to open its doors earlier this week.

A ban on international travellers and a compulsory quarantine for arrivals still has two months to run: there are now renewed concerns that these measures could be extended beyond the end of September, placing the traditional October buying trip in jeopardy, and even placing a question mark over the important January buying trip.

One local source told Toy World: “Anybody making predictions in a confident manner at the moment is clearly either ill-informed, dim or has a pecuniary interest in so doing.”