The Hong Kong government is currently holding firm in maintaining quarantine restrictions in a bid to stamp out Covid. 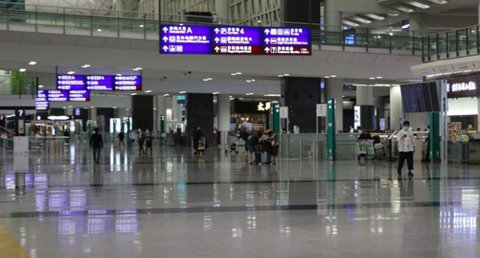 In Hong Kong, where Covid cases are still effectively zero, there is said to be growing frustration at the lack of an exit strategy from some of the world’s strictest border and quarantine controls, as authorities double down on a policy of isolation. This strategy has ongoing implications both for local businesses and international travellers from the toy community, who traditionally visit Hong Kong en masse at least twice a year – in October and January.

Frederik Gollob, chairman of the European Chamber of Commerce in Hong Kong, has claimed that Hong Kong’s ongoing zero-Covid approach risks doing long-term damage to the city: “By insisting on a zero-Covid strategy, we will find ourselves in the same spot indefinitely,” he said.

However, Mainland China has vowed to stick with a zero-tolerance approach to the disease, pushing back strongly against calls to live with the virus from both inside and outside the country. On Monday, Beijing reported zero cases, after quashing flare ups across the country with mass testing and strict lockdowns. In Hong Kong, authorities have given no indication of when the city might reopen, despite expectations 70% of adults could be vaccinated by next month.

Hong Kong commerce secretary Edward Yau stated this week that the government was pursuing a “safe strategy” and reopening the border with mainland China remained the No.1 priority. “We must keep Covid-19 at bay before we talk about a full and entire open border or economy,” he told Bloomberg.

Nicholas Thomas, an expert in health security at City University of Hong Kong, told the South China Morning Post that he expected the city would need “near total” vaccination to reopen, including boosters that did a better job of stopping transmission than the Chinese-made Sinovac jab, which accounts for about half the city’s inoculations thus far: “The only way forward for Hong Kong is to increase the rate of vaccines, but then to have booster doses – particularly BioNTech or possibly Moderna – ready to deploy before the end of the year. The rest of the world is moving on. We need to get our community protected so that Hong Kong can open up to the post-pandemic world and not be left behind.”

However, only last week, Hong Kong abruptly scrapped a reduction in hotel quarantine to seven days for vaccinated arrivals just days after it was due to begin, sparking travel chaos for countless residents returning from overseas. Ben Cowling, an infectious diseases expert at the University of Hong Kong, said it appeared a “long-term zero-Covid strategy” was among the options under consideration for the city.

Although vaccinations are widely seen as key to moving beyond zero-Covid targets, there is growing acknowledgement that science alone cannot provide a way out: it appears that it will ultimately be up to politicians and societies at large to make the decision to re-open zero-Covid countries to the world.

Precisely when Hong Kong will open its borders to international travellers remains unclear: for the remainder of this year, it appears highly unlikely that there will be any significant change in government policy, effectively ruling out the October trip, unless there is a sudden change of heart. To allow for the January trip to be viable, significant progress would have to be made over the next couple of months – a higher percentage of locals would have to be vaccinated, booster shots would need to be administered to people who have had the Sinovac vaccination and, crucially, the government would have to accept that an indeterminate number of Covid cases would be imported if quarantine restrictions were to be removed. On the face of it, that’s quite a significant change which would need to happen in only eight weeks in order to give travellers the confidence to book their trips. Toy World will continue to monitor the situation closely, and keep you abreast of any further developments, particularly in regard to any potential relaxation of the current the quarantine regulations.