Sales at Hornby have continued to grow, although the company has admitted that growth was held back by shortages and supply chain delays before Christmas. 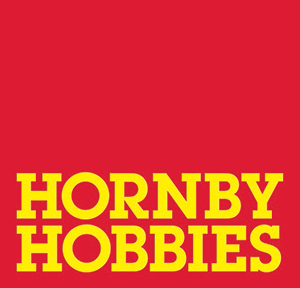 Hornby has announced its fourth-quarter sales, which it described as “very encouraging”, showing an increase over the previous year. The company also reiterated that it will report a profit this year, having protected its margins by increasing prices.

However, chief executive, Lyndon Davies accepted that supply chain challenges are still causing issues, admitting that some products that were meant to have arrived in the UK at the start of January had only just reached stores. In a report in The Times, he stated that the business had been hit by delays at factories in China, longer shipping times and a shortage of drivers in the UK, which resulted in some containers being left at ports.

The brand’s Hornby train sets also require electronic components, of which there is currently a global shortage. Demand from car manufacturers and electronics giants means the business is often behind larger companies in the queue for supplies. Lyndon was honest in his assessment of the challenge facing Hornby and other companies across the globe: “Who is going to give Hornby 1,000 diodes when Tesla has 1,000 on one car alone? We’ll get our items eventually but we aren’t big enough to throw our weight around.”

Lyndon also admitted to The Times that he was “disappointed, because our sales could have been higher” if there had been more product available before Christmas. However, he added that hobbyists still bought throughout the year, particularly when there was a limited edition model, and that price increases had less impact on Hornby’s die-hard consumers than they would with some brands: “If a price goes from £180 to £190 it’s not the end of the world – if you want a limited edition product, you’ve got to buy it or it’ll go.”

Lyndon stated the group’s Corgi diecast replica Aston Martin DB5, released to coincide with the James Bond film No Time to Die, had proved popular, while he also has high hopes for the launch of a 1:24 Spitfire Mk.IXC model, which is being manufactured in the UK again, stating wryly: “It’s a model with 300 components, so if a wife buys that for her husband it’s because she doesn’t want to see him.”