Toys ‘n’ Stuff is the realisation of a long-held ambition for Gavin Rosenquest, who has opened the store with his wife Julianne. 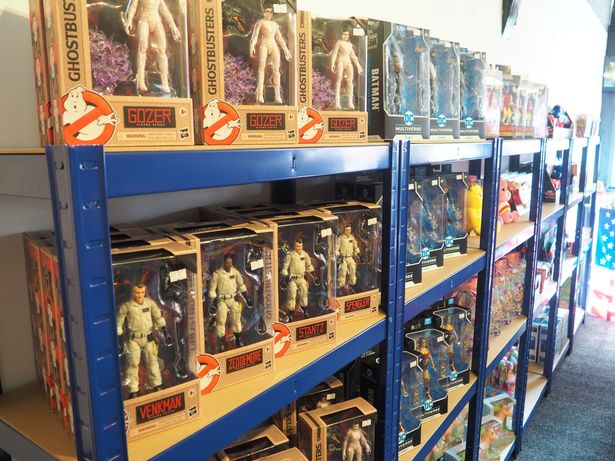 The new store stocks action figures based on major properties including Ghostbusters and Marvel’s Shang-Chi, My Little Pony, Care Bears and much more.

Hull’s Holderness Road has welcomed a new toy store, as Toys ‘n’ Stuff arrives in the town just in time for Christmas.

Self-confessed ‘geek’ Gavin Rosenquest, who has opened the shop with his wife Julianne, told the Hull Daily Mail that opening Toys ‘n’ Stuff marks the realisation of his long-held ambition to open his own toy store. Gavin and Julianne’s youngest son, Broady, was on hand to cut the ribbon at the grand opening, with the first customers to arrive going home with goodie bags, balloons and bubblegum.

Gavin clearly has big plans for his new business, telling the Hull Daily Mail: “You have to start somewhere and we want this to be our first store, not our only store. When I go around a town, I never go into the clothes shops, I always drift into the toy shops, being the geek that I am. With the existing shops, I’ve found I never get that same magic feeling I did as a kid going into a toy shop. Everything seems generic. We wanted to create a toy shop where children look around and feel that same excitement.”

Currently, Toys ‘n’ Stuff stocks a selection of toys and games that ‘get kids and parents playing with each other again,’ including action figures, arts & crafts, pre-school and educational toys, and American confectionery, an area indie toy shops are embracing more and more.

Putting his customers first, Gavin is also welcoming feedback from customers about what else they would like to see in stock at Toys ‘n’ Stuff. The shop also has a website, which can be visited by clicking here.

Writing on the Toys ‘n’ Stuff Facebook page following the opening of the store, Gavin said: “We’ve had a brilliant opening day today, local MP Karl Turner popped in to give us some support and was our very first customer. We would like to thank all our family, friends and customers for making our first day such a memorable and successful one.”