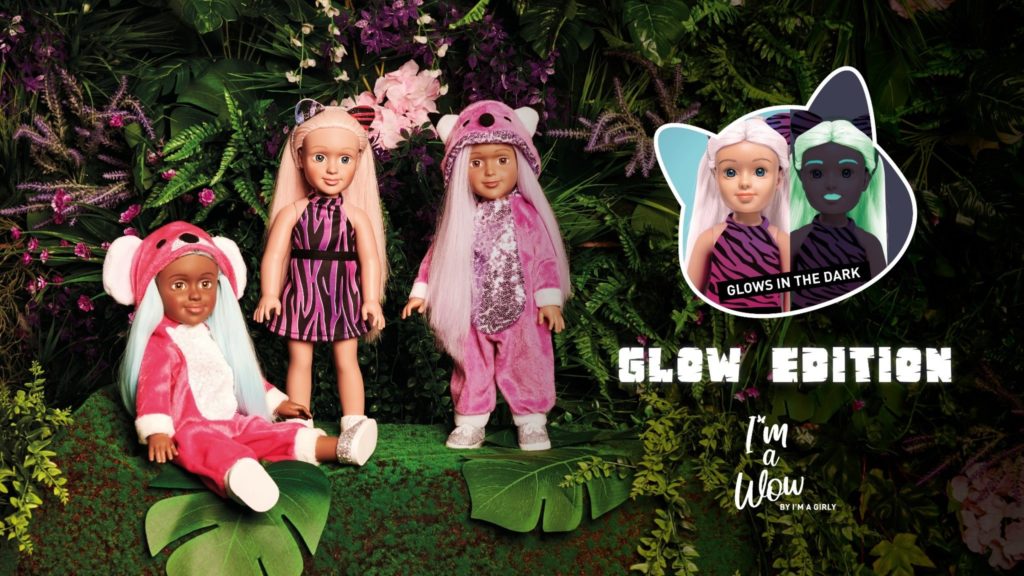 I’m A Girly has arrived at Milan’s flagship FAO Schwarz store just in time for Christmas, unveiling a new line of dolls. Visitors to the Italian retail destination will find an eye-catching display of I’m A Stylist styling heads with interchangeable wigs and I’m A Wow 14″ dolls with UV-colour-changing hair just behind FAO’s legendary giant piano. In keeping with FAO’s store concept, the I’m A Girly shelf design has been kept sleek, but the brand has stayed true to itself by adding a touch of its signature pink and purple. A selection of the products on display highlight the styling possibilities on offer to consumers.

I’m A Girly, which is exhibiting at both Nuremberg’s Spielwarenmesse and Toy Fair New York in 2022, is also introducing a new line for next year: I’m A Wow Glow Edition. The 14″ dolls are an extension to the existing popular I’m A Wow range, which launched in 2020 and sold out at numerous retailers after only a couple of weeks.

Designed by the brand’s Kids4Kids community of creative kids aged between 8-14 years old, the new I’m A Wow Glow Edition dolls are dressed in animal-inspired outfits and have glow-in-the-dark features: their long hair, eyebrows and lips glow in the absence of light. I’m A Girly says that with an I’m A Wow doll by their side, children won’t ever have to fear the dark again, and calls them ‘perfect for every slumber party’.

The dolls also share an important message. Available in three versions – Ruby, Taylor and Jamie – with different hair, eye and skin colours, the I’m A Wow dolls are made from recyclable plastic and their cute outfits (tiger, arctic fox and koala) draw attention to the plight of endangered animals. A portion of the proceeds from the sales of each doll will be donated to charities working on the preservation of endangered species. A video of the dolls can be viewed below.

Retailers interested in stocking I’m A Girly’s range are advised to book a preview appointment with the sales team by emailing sales@imagirly.com or to visit the company’s booths at the Germany and New York trade shows. In addition to its physical dolls and accessories, I’m A Girly is also developing a mobile game that will digitise and democratise the brand’s Kids4Kids co-design approach. More on the game will be announced at a later date.