Imaginarium to close majority of stores in Spain

Famous for its iconic two doors of different sizes, Imaginarium has announced job losses for 82% of its workforce. 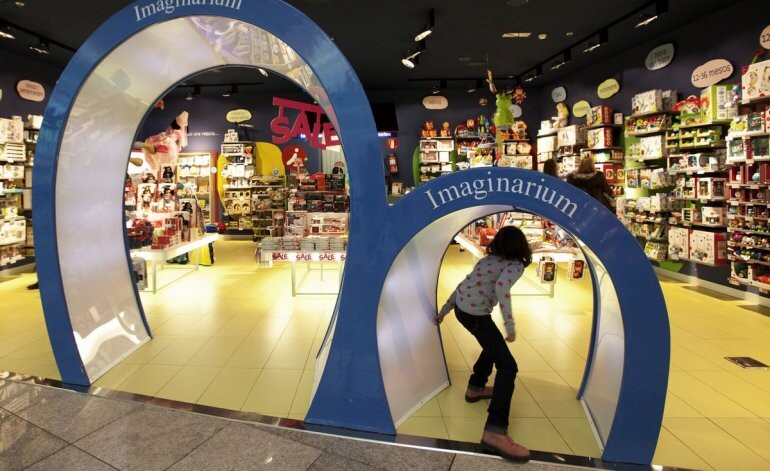 According to reports, the Spanish-headquartered toy retailer Imaginarium plans to keep just two of its physical stores open in Spain, those in the El Ingenio Centre in Velez Malaga and Zaragoza, Aragonia. The company has said it will continue to operate online for the immediate future, but it is unclear whether this is a long term plan. The company has confirmed to workers’ representatives that it will have to lay off 119 out of 144 employees, in 41 stores.

The president of Imaginarium, Federico Carrillo, told Spanish media that the company’s objective was “to maintain the business.”

Unions have called for an explanation of the bankruptcy, the refinancing agreement, the viability plan that allows activity to continue, the payment of wages for the month of February and the date when the dismissals will come into effect.

Secretary general of the Federation of Services of CCOO-Aragon, Marta Laiglesia, has said that the viability plan presented by the company does not guarantee business continuity and the toy retailer’s lack of liquidity to meet payments is evident.

Marta called the situation “disturbing” and noted that, while negotiating the furlough, the company has already started to close stores, making it difficult to believe in its viability. Imaginarium had initially planned to open stores until the end of the month. 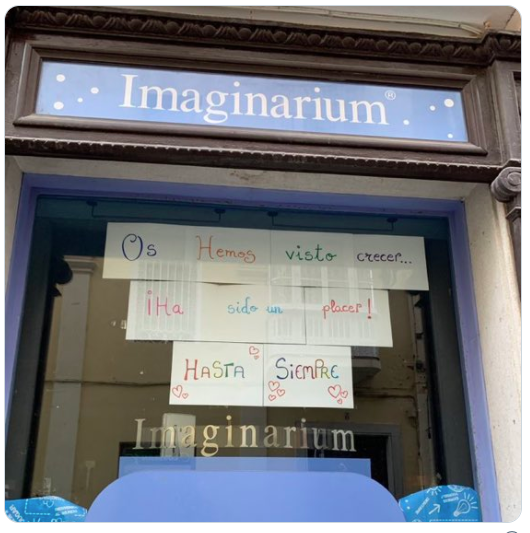 The store in Cadiz is one of the locations affected, and will close after trading for 20 years. An image widely shared on social media shows a handwritten sign in the store  window, saying (translated): “We have seen you grow up. It has been a pleasure. Goodbye.” The post has attracted thousands of likes, with the public keen to share fond memories of visiting the toy shops.

There are 72 Imaginarium stores around the world. The franchise began in 1992, under the leadership of Félix Tena, with the intention of renewing and innovating the educational toy market. The first store opened in Zaragoza, followed by Madrid and Barcelona a few months later. As the stores became a success with parents and children alike, the chain expanded to Portugal and then spread to the rest of the world.

The stores encouraged a hands on shopping – and playing-  experience, with kids famously never discouraged from touching the toys, and actively encouraged to try out the developmental products on display.